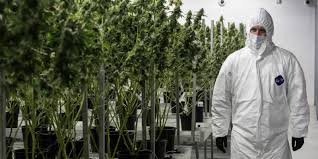 Canopy Growth Corporation, which owns the brand, yesterday announced it has launched a strategic partnership in the Jamaican cannabis market as part of its ongoing international expansion.

Canopy Growth will hold 49 per cent of the share capital of Tweed JA, which, with conditional license approvals already in place, has already begun construction of a facility in the Caribbean marijuana capital of the world.

Tweed has built a large and loyal following by focusing on quality products and its stocks have gone sky high with rapper Snoop Dogg investing in the company.

Canopy Growth is a world-leading diversified cannabis company, offering distinct brands and curated cannabis varieties in dried, oil and capsule forms. Through its wholly‑owned subsidiaries, Canopy Growth operates numerous state-of-the-art production facilities with over half a million square feet of GMP-certified indoor and greenhouse production capacity, all to an unparalleled level of quality assurance procedures and testing.

Bruce Linton is the visionary behind the Canopy Growth Corporation (CGC) and co-founder of Tweed Marijuana Inc. He turned an abandoned Hershey’s factory in Smiths Falls, Ontario into an indoor marijuana farm, now one of the largest in the world. His primary focus has been to position cannabis brands in a competitive market and to raise the capital necessary to fund such operations. He is the past Chairman of the Ottawa Community Loan Foundation, past Board Member and Treasurer of Canada World Youth past Board of Governor for Carleton University, past President of the Nepean Skating Club and past President of the Carleton University Students Association and is set to become one of the world’s foremost marijuana mogul.

In 2015, the Jamaican legislature voted to amend the nation’s cannabis laws, which led to the introduction of the Cannabis Licensing Authority (CLA). Since then, the Jamaican government has been developing a framework for the cultivation and sale of medical cannabis, creating new opportunities for locals and visitors alike.

“Jamaica represents a world-class cannabis market, and we are fortunate to be working with a highly experienced and knowledgeable local team so we can put the right pieces in place to turn these opportunities into local prosperity and success,” Canopy said in a statement. “Ensuring we have the brands, infrastructure, and the right people in place is our priority. We look forward to contributing to a successful Jamaican cannabis market with the addition of Tweed JA.”

Canopy added that it is confident that the production and formulation model it has built in Canada, combined with the strength of the existing team in Jamaica, made up of experienced entrepreneurs with substantial cannabis cultivation experience, will drive the national conversation around cannabis forward, and promote Jamaica’s well-established and renowned ganja, oils and other cannabis products on a global level.