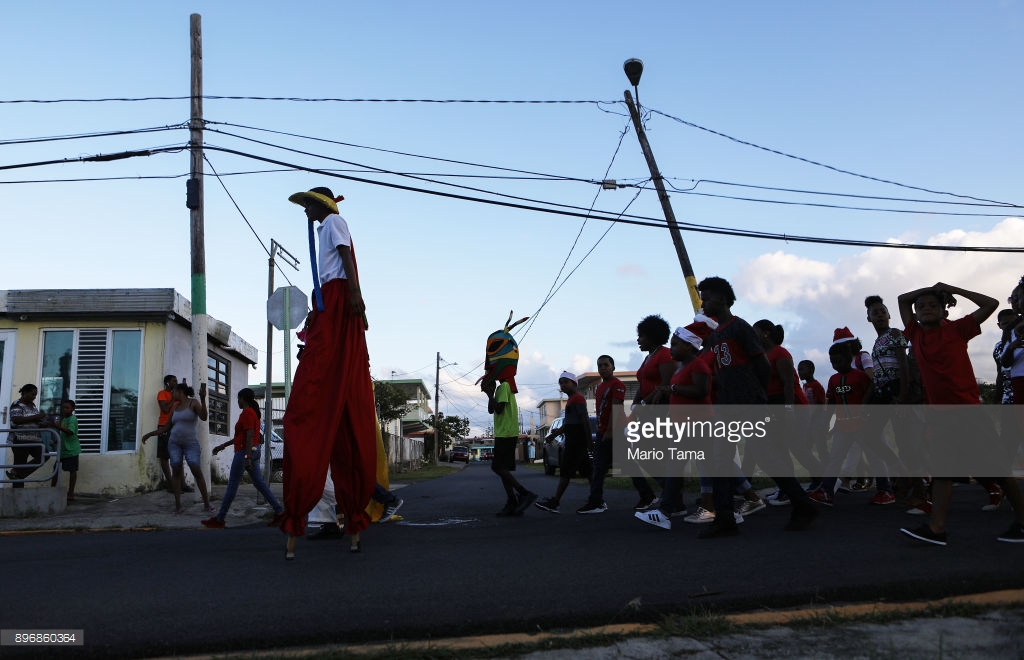 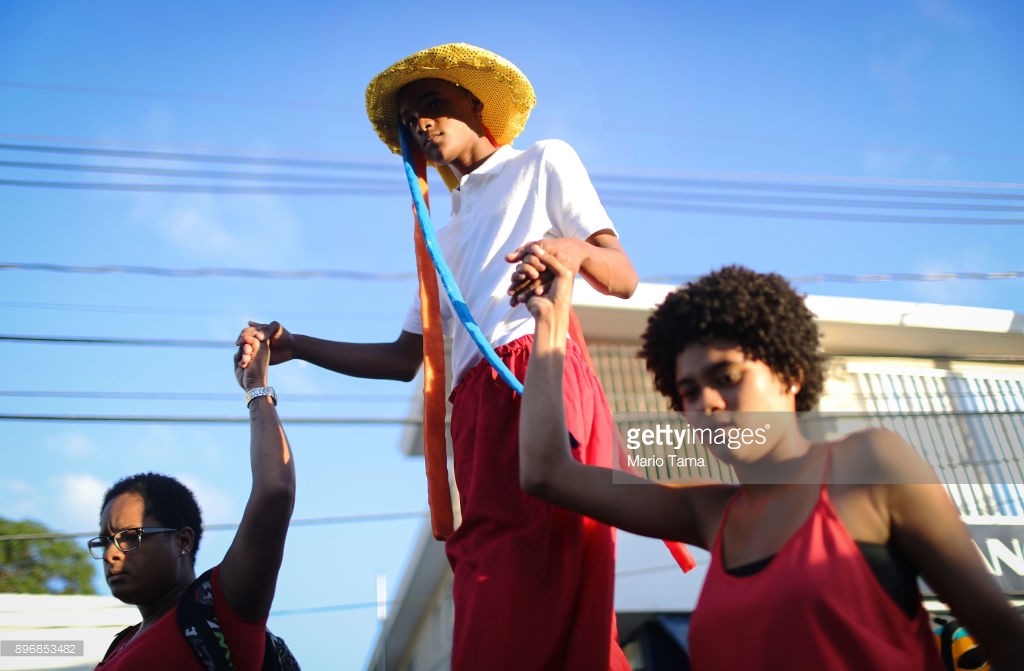 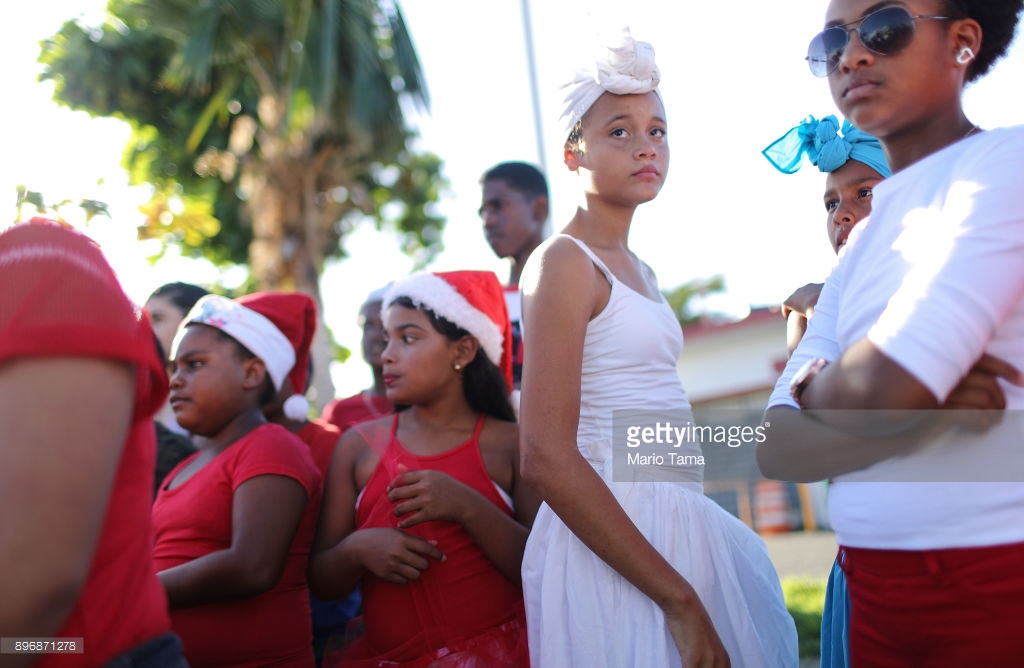 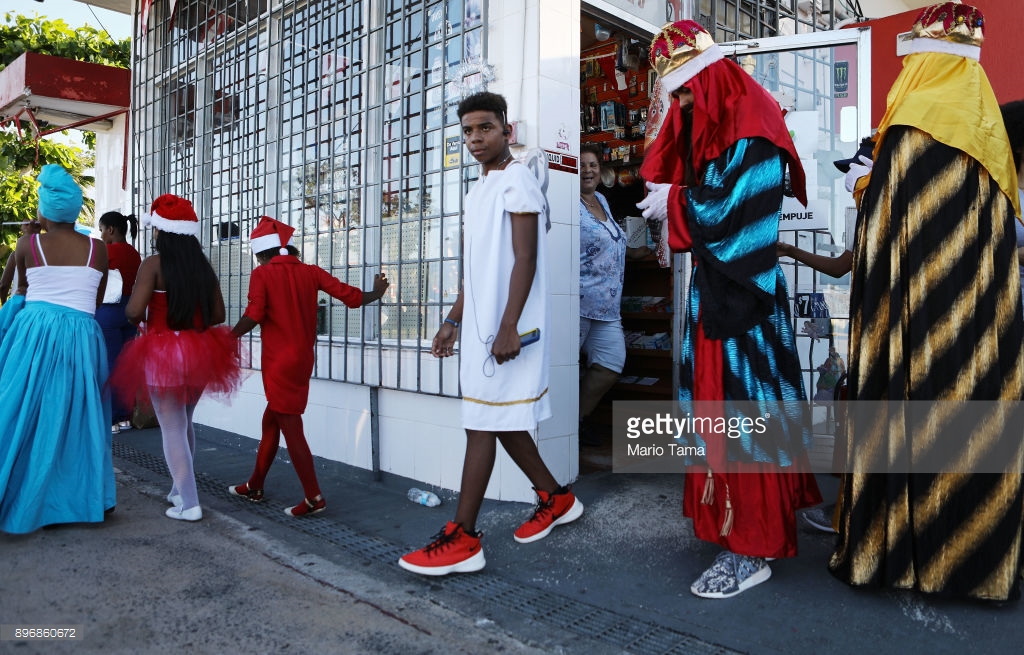 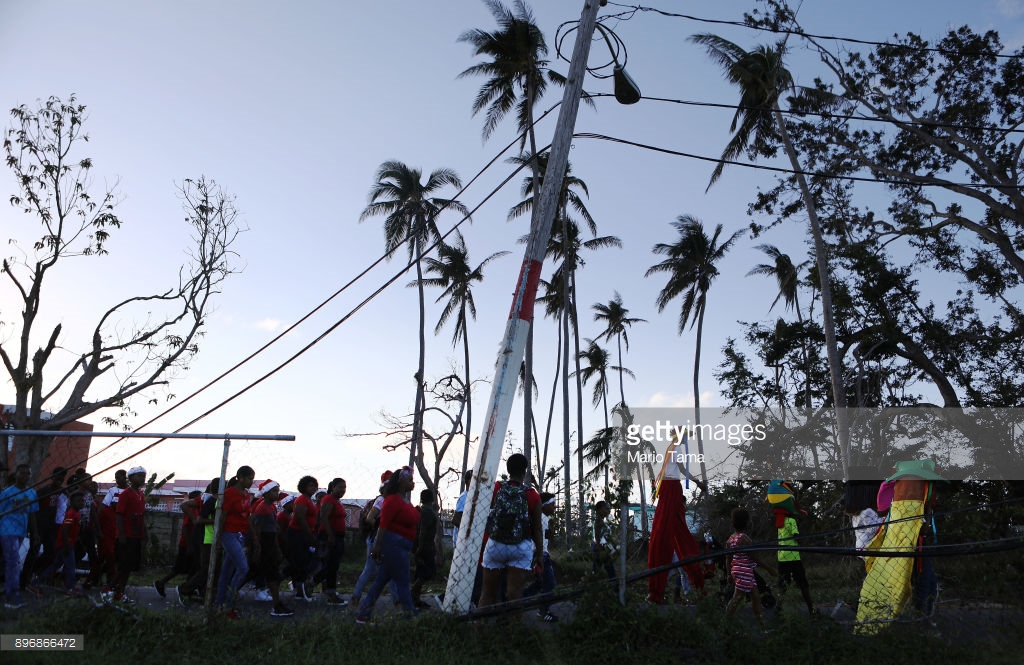 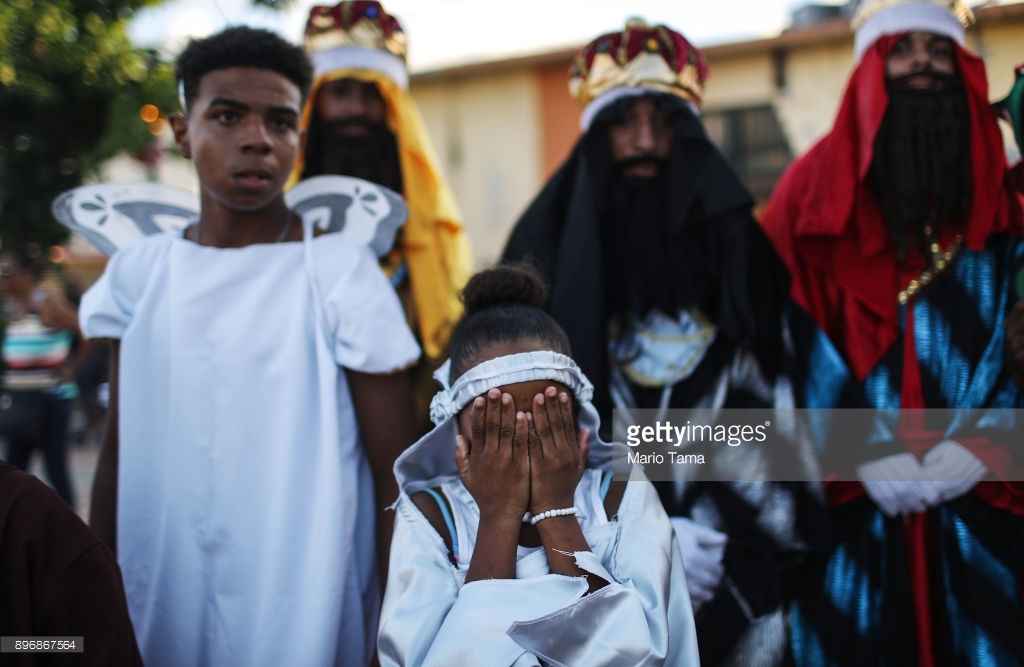 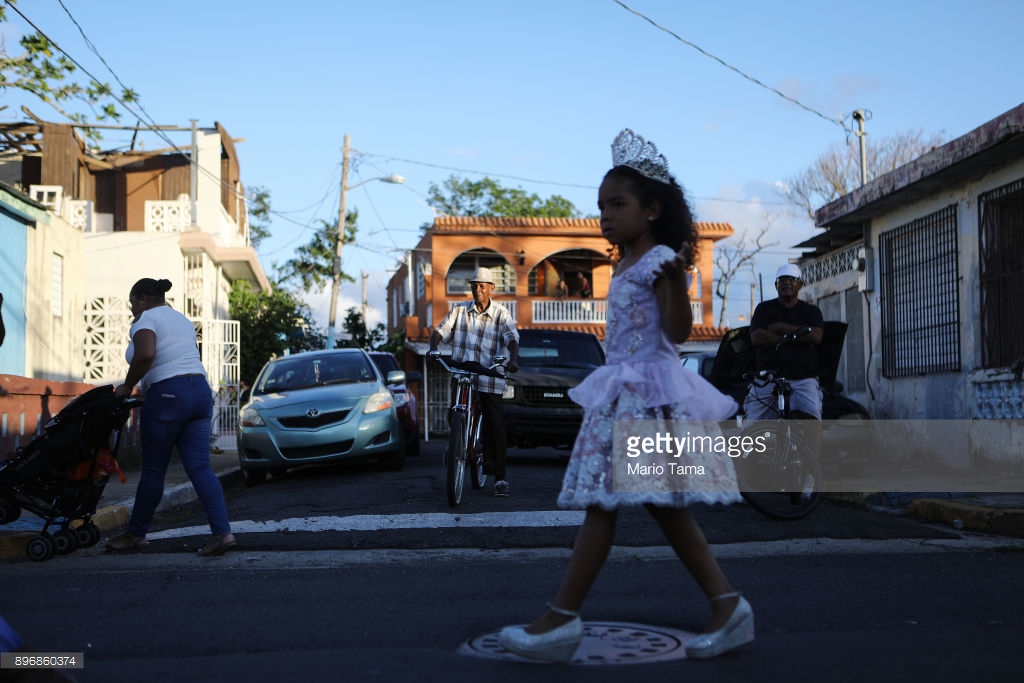 News Americas, NEW YORK, NY, Fri. Dec. 22, 2017: A Caribbean island still in the dark after Hurricane Maria is maintaining at least one of its Christmas traditions.

On December 21, 2017 in Loiza, Puerto Rico, students marched in the annual Christmas Parade. The parade mixed traditional Catholic and Afro-Puerto Rican traditions. The coastal town was hard-hit by Hurricane Maria and remains mostly without electricity. Students only attend school until noon due to the lack of power.

Barely three months after Hurricane Maria made landfall, approximately one-third of the devastated island is still without electricity. While the official death toll from the massive storm remains at 64, The New York Times recently reported the actual toll for the storm and its aftermath likely stands at more than 1,000. Puerto Rico’s governor has ordered a recount as the holiday season approaches. (All Photos by Mario Tama/Getty Images)