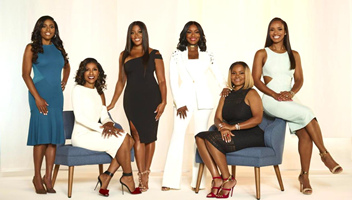 News Americas, ST. JOHN’S, Antigua, Fri. Nov. 2, 2018: A Caribbean island was the chosen destination for a vow renewal ceremony recently for a popular US TV reality show that will return this Sunday, Nov. 4th.

Antigua & Barbuda was chosen as the destination to shoot the ceremony by the producers of the series Married to Medicine on BRAVO network. Originally planned as a single episode, there was so much on island that the destination will now be featured in three separate episodes beginning this weekend.

Married to Medicine, which boasts a weekly viewership of over 1.5 million, chronicles the lives of seven women in the Atlanta medical community; with three of the women being doctors themselves while the others are doctors’ wives. It shows the group as they balance their social circles, careers, and families.

The stunning Tamarind Hills Villas, located on a sunset-facing bluff on Antigua’s glorious west coast, showcasing two of the island’s most beautiful beaches, hosted the cast. The popular show spent ten days in Antigua from May 28th through June 6th earlier this year, filming at a variety of locations and properties.

The first of the three episodes filmed in Antigua airs this Sunday, November 4 at 9PM Eastern/8PM Central on BRAVO.  The second and third episodes will be broadcast on November 11th and November 17th respectively.

“This television shoot provided us with the opportunity to showcase the best of Antigua & Barbuda to a huge audience in our primary source market,” said Charles ‘Max’ Fernandez, Antigua and Barbuda Minister of Tourism and Investment.  “Our resorts, beaches and attractions will stream in to living rooms across the country, and around the world through syndication and digital viewing, over a three-week period in November, a time when our potential visitors are considering and planning their winter holiday escapes.”

In A Space Of 14 Days, Two Immigrants In US ICE Custody Are Dead