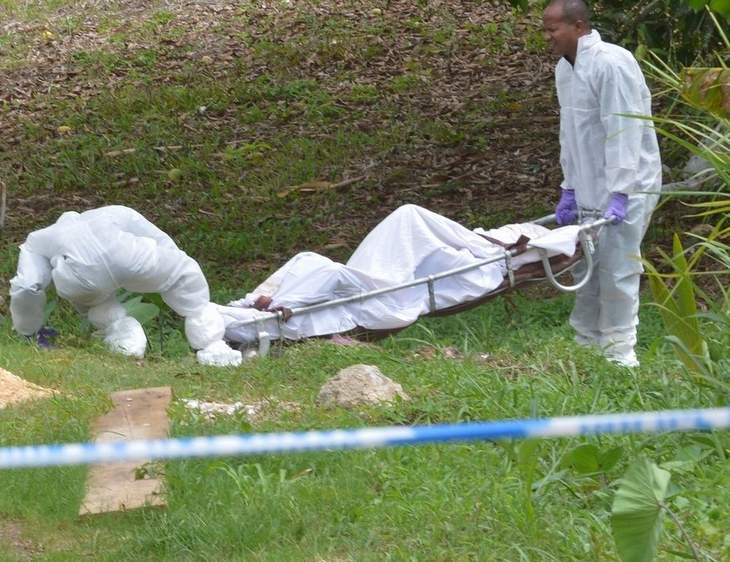 News Americas, PORT-OF-SPAIN, Trinidad, Tues. May 2, 2017: The oil rich nation of Trinidad & Tobago is well on its way to staying among the top murder capitals in the world as it has registered some 170 murders in 121 days so far this year, at least as of Monday, May 1st.

The latest victim is Nizam Mohammed, the son of a former Commissioner of Police, Noor Kenny Mohammed, who was gunned down during a home invasion in D’Abadie on Monday.

Trinidad police said Nizam Mohammed, an engineer in the marine industry in Chaguaramas, was murdered at around 6 a.m. Monday morning at his home at Lillian Heights. The killing comes a week after Mohammed and his wife were also the victims of a robbery.

Police said firearms and other items were also stolen from the house Monday morning.

Mohammed’s murder comes on the heels of four others over the weekend. Thirty-nine-year-old St James resident, Denzel Eccles, was shot dead in front his home on Saturday night. Joel “Barber” Alleyne, 39, was found shot to death in his apartment in Maloney Gardens, while Sherwyn Noel, 33, of Fuller Street, River Estate, Diego Martin, slumped over the steering wheel of a red Nissan Tiida parked at the roadside in the southbound lane of the Diego Martin Highway near to Crystal Stream.

Residents contacted police around 6.30 am after noticing a red Nissan Tiida parked at the roadside in the southbound lane of the Diego Martin Highway near to Crystal Stream in Petit Valley.

Another victim was found in a Kia pick-up truck on Johnny King Road, Aranguez, San Juan. The victim identified only as Santos, was shot over a dozen times, investigators said.

On Friday, April 28th, police found a father and his young daughter stabbed to death in the village of Mammoral in Central Trinidad.

The U.S. Department Of State has assessed Trinidad’s capital, Port-Of-Spain, as being a critical-threat location for crime directed at or affecting official U.S. government interests, according to the March 2017 OSAC (Overall Crime and Safety Situation) report.

The report added that “the government of Trinidad and Tobago (T&T) faces numerous challenges in its effort to reduce crime, including an overburdened legal system, bureaucratic resistance to change, unemployment in marginal areas, disenfranchised youth, the negative influence of gangs, drugs, weapons and an economic recession.”

The OSAC report also says crime is the principal threat to visitors of T&T.

AG: State was not party to $20 million lawsuit