Home Caribbean This Caribbean Nation Has Sixth Highest Rate Of Violent Deaths In The... 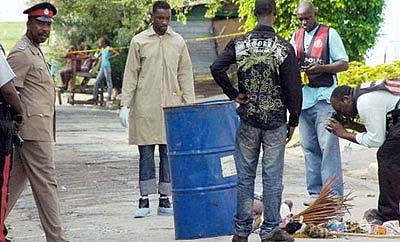 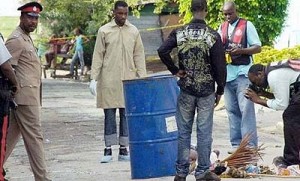 News Americas, MIAMI, FL, Mon. Dec. 11, 2017: One Caribbean nation that is seeing its murder rate spiral by 20 percent this year has also been ranked as having the 6th highest rate of violent deaths globally.

According to the latest Small Arms Survey report, the CARICOM nation of Jamaica has a violent death rate of at least 20 per its 100,000 population, based on last year’s data.

It is one of only three other countries in the Americas with the highest violent death rate in 2016 and six globally, including two that had armed conflicts last year.

The five countries with the highest violent death rates in 2016 are Syria, El Salvador, Venezuela, Honduras and Afghanistan. The researchers also noted that the increase in the homicide rate “does not necessarily indicate a new trend.

Further, researchers also found that Jamaica ranks at fourth globally for countries where firearms were used in at least 50 per cent of killings in 2016.

The news comes as murders across Jamaica are projected to be the highest in recorded history and could surpass 1,683 from 2009. On Sunday, the country’s murder tally climbed after gunmen attacked mourners at a funeral at Kings Chapel on Windward Road in Kingston, killing two others.

According to Jamaica’s Statistical Institute, the parish of St James which has a population of 186,000, has recorded a year-to-date murder tally of 330 so far this year.  Montego Bay accounts for approximately 80 percent of these murders. Over the last 30 years, more than 35,000 Jamaicans have been murdered, the data shows.

Both the US and Canadian government warn nationals to exercise a high degree of caution when travelling to Jamaica due to the high level of violent crimes there.