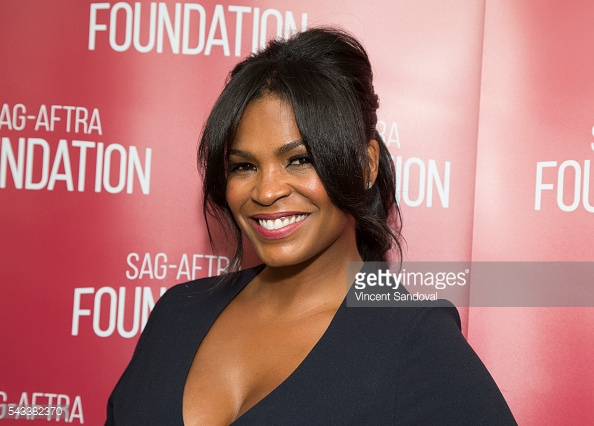 It’s none other than actress Nia Long, who has been cast in a recurring role on the successful Fox show for Season 3.

Nitara Carlynn “Nia” Long will play Las Vegas club queen pin Giuliana, who makes brash moves in the gangster underworld of New York to secure a deal with The Empire. Sleek, sexy, and cold-blooded, she rubs elbows with Lucious (Terrence Howard)  and goes toe-to-toe with Cookie (Taraji P. Henson) even as she reckons with her own mysterious past.

Long, 46, is a three-time NAACP award winner. She will also appear in Lifetime’s remake of the weepy ’80s classic ‘Beaches’ and recently starred as Alexis on ABC’s ‘Uncle Buck,’ most recently appeared in the feature ‘Keanu’ and was cast in a recurring role in Netflix’s ‘Dear White People.’

Long was born in Brooklyn, New York, to Talita (née Gillman), a teacher and printmaker, and Doughtry “Doc” Long, a high school teacher and poet. Her family is of Trinidadian, Grenadian and Bajan descent.  She now calls Los Angeles home where she lives with her 12 year old son, Massai, 14 month old son, Kez and partner Ime Udoka, an Assistant Coach for the San Antonio Spurs.

In addition to her film and TV work, Long lends her support to Black Girls Rock, an organization that promotes the arts for young women of color and encourages dialogue on the ways women of color are portrayed in the media.

The Empire airs Wednesday nights at 9 EST and 8 central.

Hinds: Protective services on the ground to assist flooded residents