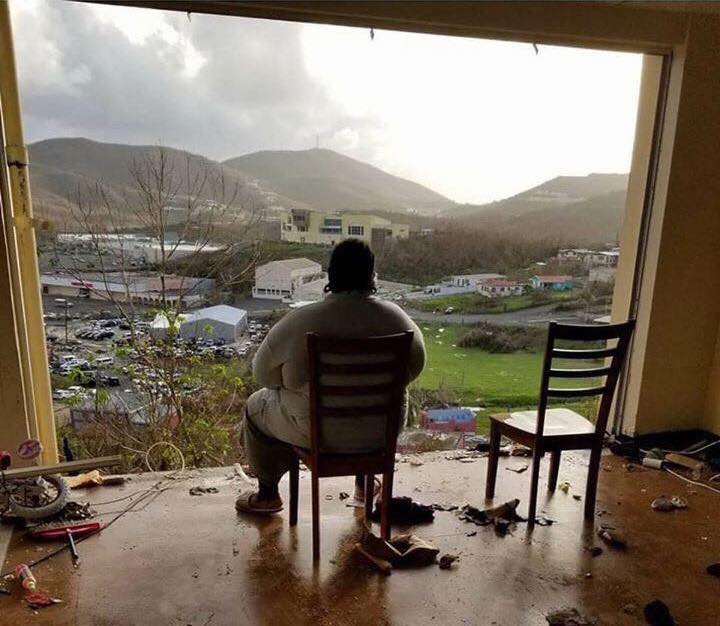 News Americas, NEW YORK, NY, Tues. Sept. 26, 2017: Unlike many in politics and the main stream media, one former US President is asking Americans to remember all of the Caribbean islands ravaged by two hurricanes in 12 days.

While a lot of focus has been on Puerto Rico and the ravages there by Hurricane Maria, St. Croix, U.S. Virgin Islands which also suffered tremendous devastation has not been highlighted as much.

But on Monday, President Bill Clinton took to Twitter to urge all Americans to remember other “fellow Americans in Puerto Rica and the US Virgin Islands.”

“Our fellow Americans in Puerto Rico and the US Virgin Islands are in peril. They need our help now,” Clinton tweeted yesterday.

Our fellow Americans in Puerto Rico and the US Virgin Islands are in peril. They need our help now.

Last week, on September 20th, he also urged everyone to remember “our friends and neighbors in Mexico and the Caribbean.”

“We are keeping our friends and neighbors in Mexico and the Caribbean foremost in our thoughts now and in the difficult days ahead,” he tweeted last week.

We are keeping our friends and neighbors in Mexico and the Caribbean foremost in our thoughts now and in the difficult days ahead.

Clinton’s tweet comes as many politicians have tweeted about Mexico and Puerto Rico, respectively and the disasters there but ignored the US Virgin Islands and the wider Caribbean.

It also comes as many from the USVI, including St. Croix, have slammed main stream television for focusing on the approach of Hurricane Maria to Puerto Rico and failing to report on the decimation in the ‘other’ US territory which was slammed by the category five hurricane a day before Puerto Rico.

Like Puerto Rico, most of the USVI remains without electricity and running water and is under a curfew.

Still all five living former Presidents of the United States have teamed up to launch a joint effort to raise money to help the people of Puerto Rico and the U.S. Virgin Islands recover from Hurricane Maria.

The campaign, titled “One America Appeal,” will allow donors to choose between the United for Puerto Rico fund and The Fund for the Virgin Islands, both 501 (c)(3) organizations.

Individuals can also donate to recovery efforts for Hurricane Irma and Hurricane Harvey.

“Now individuals, foundations and institutions making tax deductible donations at OneAmericaAppeal.org may choose to assist all three recovery efforts from Hurricanes Harvey in Texas, Irma in Florida and Maria in Puerto Rico and the U.S. Virgin Islands – or to direct their donation to a specific recovery effort – using the drop-down menu in the website’s donation section,” the campaign said in a press release.

A closer look at the small island of Nevis

House Democrats are introducing a discharge petition on immigration. It won’t … – Washington...

Mayhem at Maracana as Indians, police clash in Rio