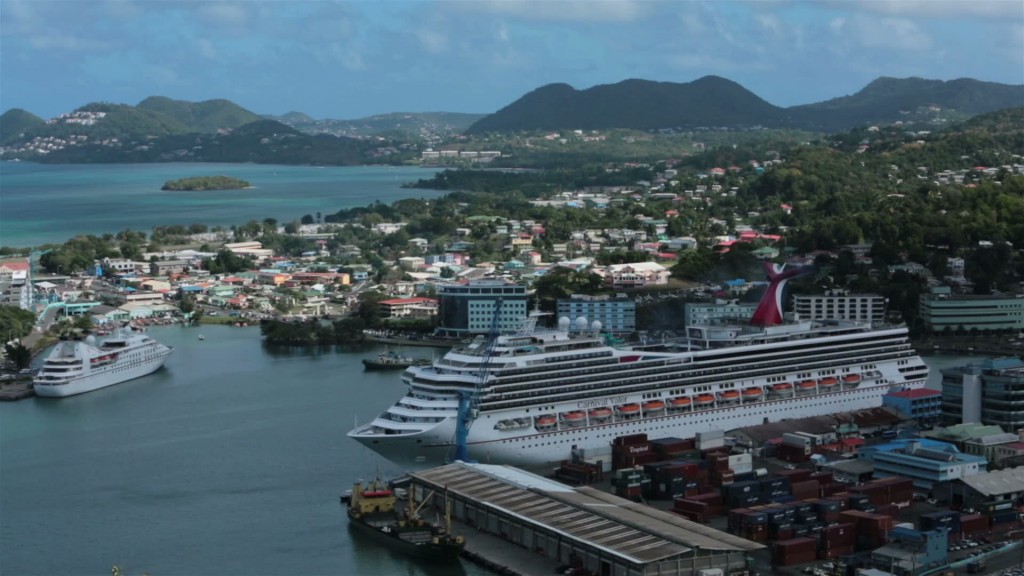 News Americas, LONDON, England, Fri. Nov. 17, 2017: A week ago, the Mayor of Venice announced that the city will stop all cruise ships above 55,000 tons from entering its ancient central waterway, the Giudecca Canal.

Instead they will have to dock in the industrial port of Marghera, which is to the northwest of city’s medieval center.

The announcement, which was supported by 99 per cent of local people and taken in conjunction with Italy’s transport ministry, comes after years of anti-tourism protests and petitions. It was opposed by the cruise industry which, according to the travel trade media, had also objected to a plan to build a floating sea dock outside the Venetian Lagoon.

Although cruise ship passengers make up around 5 per cent of city visitors, local officials are now planning to go further by charging for ticketed access to the city’s most popular areas. In this way they hope to reduce the city’s 21m visitors a year – its historic centre has just 55,000 inhabitants –  who have made its ancient streets and alleyways absurdly overcrowded in the main tourist seasons.

The approach reflects a growing international belief, not only among residents of uncontrollably popular cities like Venice, but of governments and citizens around the world, that tourism has to become sympathetic, sustainable and be seen to bring wider benefits for all.

To this end from November 27 to 29, Jamaica will host in Montego Bay a major international conference to consider how tourism as a sector might become internationally a global driver of national development.

The conference, which is co-sponsored by the United Nations World Tourism Organization (UNWTO), the Jamaican government, the World Bank Group, and the Inter-American Development Bank, will also involve newer global industry players such as Airbnb.

The intention, according to Jamaica’s Tourism Minister, Edmund Bartlett, is to enable those involved in policy formulation to explore how the industry might deliver more to wider groups in society.

Minister Bartlett also hopes that the discussions and overall outcome of the conference will result in the industry becoming a driver of beneficial change that touches everyone, and a vehicle for delivering the UN Sustainable Development Goals.

For some in the industry in the Caribbean, the idea of a wider role of this kind may be challenging.

In the past, the sector has tended to be freewheeling, bottom-line oriented, and at times less than socially aware. So much so, that a commonly heard criticism is that tourism’s impact on social development in the region has been limited.

In contrast, the Montego Bay conference, reflects a view gaining traction internationally: that tourism can have a much wider role; can deliver sustainable gains to groups in rural and urban areas: and can be developed in ways that more closely link it to agriculture, education, training and culture in its broadest sense.

In Montego Bay, participating governments, international financial institutions, and development agencies are expected to consider how new and innovative approaches to investment might now grow tourism’s economic contribution and share its benefits more equitably and sustainably.

Put more simply, tourism as sector needs to be seen not as something apart, but as having the potential to stimulate the many inputs, services and skills that modern economies require.

For example, it requires governments and the industry translating the changing requirements of visitors for experience and the authentic in ways that support the development of rural and urban areas; developing new forms of tourism away from the beach; finding ways to sustain the region’s vernacular architecture; and more generally fostering culture and history if destinations are to be unique.

For this to happen a country’s tourism product will have to stimulate sustainable economic growth in the domestic economy, by creating linkages and convergence with other sectors in ways that positively touch citizens’ lives.

Put simply, in future tourism will have to do more than generate prosperity for large hotel owners and the cruise ship companies, or be about encouraging huge numbers of arrivals irrespective of the consequence.

EDITOR’S NOTE: David Jessop is a consultant to the Caribbean Council and can be contacted at   [email protected]. Previous columns can be found atwww.caribbean-council.org.

Letter From America: Obama Has Little to Say to the Poor

Fast Tracking The Caribbean From Leadership Peril To Possibility

Rep. Luis Gutierrez: Immigration reform in the House ‘is over’ – Washington Post (blog)