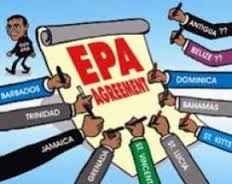 News Americas, LONDON, England, Tues. April 21, 2015:   A little over five years ago the countries of CARIFORUM signed an Economic Partnership Agreement (EPA) with Europe. This asymmetrical free trade arrangement was meant to improve exports of CARIFORUM goods and services to Europe and to encourage regional integration.

The agreement which was then, and still is contentious, is likely again to become the subject of debate as the year goes on.

Speaking in Montego Bay on April 15th at Caribbean Export ‘s third CARIFORUM-EU Business Forum, Percival Marie, the Director General of CARIFORUM, made clear that recently completed technical studies undertaken separately by Caribbean and European experts suggest that the agreement has not brought the benefits expected either in trade or investment.

According to Mr. Marie, the reports conclude that problems remain in relation to many of the areas covered by the EPA: the cultural protocol has not been activated; visa and other access requirements make it difficult for professionals or entertainers to do business in Europe; there are no quality services to support the private sector; business support organizations in the region remain weak; the need for technology transfer has not been addressed; information flows on market opportunities remain poor; it has not yet been possible to agree on the mutual recognition of professional qualifications; there is an absence of support for tourism; and CARIFORUM has human resource limitations on what it can deliver.

The review will be considered in mid-July by Europe and Caribbean Governments, but a cursory review of publicly available EU trade statistics confirms that the EPA has not brought the benefits envisaged.

Although in 2011 total trade between the two regions came to over €8 billion, CARIFORUM continued to run a deficit with the EU. In fact, a snapshot of the five year’s statistics up to the end of 2013 indicates that only in one year, 2008, did Caribbean exports at €6 billion, exceed imports from Europe.

Moreover, the available EU-CARIFORUM figures indicate that since then, the region has not been able to come anywhere near that figure; recording total exports in 2013 of €5.2 billion and an average export growth rate of around 1.4 per cent per annum in the five years after the EPA was signed.

Worryingly, a further breakdown shows that after discounting oil and related products, machinery and transport equipment, and chemicals, only around 45 per cent of what was exported from the region to Europe was in the form of foodstuffs, beverages, tobacco, manufactured goods and various other miscellaneous items.

More tellingly still, one has to remember that during this period the Dominican Republic’s government and private sector moved to take advantage of the full market access that it did not have previously for its commodities. Put another way, despite the fact that the Anglophone Caribbean’s 5.5 million people were joined by another 10 million, there was no commensurate surge in growth in exports to Europe.

While the available limited evidence does suggest a continued positive trend for CARIFORUM services exports to Europe and a consistent services trade surplus in the years immediately following the signature of the EPA, experts suggest that these figures principally relate to tourism; but again the principal promoter and beneficiary was the Dominican Republic.

In services areas away from tourism where one might hope to see growth, given the EPA opened up much of European services market, CARIFORUM services suppliers indicate that they continue to find market access difficult and that large EU Member States continue to impose national restrictions on those from the region who seek to operate within their borders.

So after five years of the EPA, export led growth in goods and services to Europe remains elusive, particularly from the Anglophone Caribbean.

Unfortunately for the Caribbean, during that period the rest of the world has not been standing still.

Governments and the private sector in similar sized nations in Central America have, for example, moved rapidly to take advantage of their recent signed association agreement with Europe; as no doubt Cuba will, should it also be offered something close to the EPA in the context of its present negotiations with Europe that are due to conclude this year.

Whether the steps that Europe and CARIFORUM governments agree to in July to undertake changes make any difference, the broader reality is that a new approach to thinking about exports from the region is required.

As speakers at the Caribbean Export Development Agency’s (CEDA)conference pointed out, new initiatives and solutions need to be led by the private sector, working in conjunction with Caribbean Export and like-minded national agencies in the region able to operate free of the inertia that affects so much delivery in the region.

More practically this ought to mean only selecting for support those companies that have genuine comparative advantage, for instance in value-added sectors such as cocoa and chocolate; herbs and spices; music; and higher education. It means, too, a constant focus on those companies and entrepreneurs who genuinely have the capacity to export, a product or service that is competitive and for which there is a demand commensurate with the scale of production.

In an outstanding keynote address to the CEDA Forum, Jamaica’s former Prime Minister, P. J. Patterson, observed that the Caribbean Association of Industry and Commerce had all but disappeared.

The point he made was particularly apposite, as it is unlikely, without a strong and genuinely representative regional private sector body legitimately representing and interacting with all Caribbean business, that additional European supported solutions implied by Mr Marie’s remarks can be effectively delivered.

For this reason, it is to be hoped that there again might be serious reconsideration given to the establishment of a CARIFORUM Business Council, perhaps organized on federal lines so as to embrace the big sectoral associations, able to regularly dialogue at the level of the Council of Ministers, perhaps with an arm, that can with the support of the EU and CEDA, manage hands-on support that enhances private sector capacity and export led growth in the niche sectors that have now been identified.

In this respect the Caribbean already has a model which over the years has demonstrated how the private sector can leverage its own and European resources and successfully deliver programs that advance value added propositions and exports in the form of the regional rum industry association, WIRSPA. Not only has its program worked but its successful organizational structure may provide useful information to the European Commission and CARIFORUM and a model that others in the region might consider emulating.

Immigration Is on Agenda for Obama in Mexico