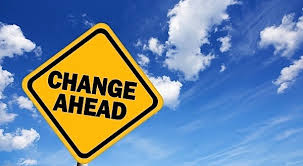 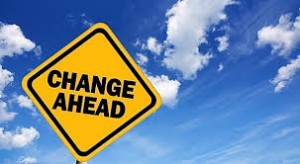 News Americas, LONDON, England, Fri. Oct. 23, 2015:  It is far from clear how much notice the Caribbean tourism industry is taking of the appearance in many developed and some developing nations of ‘disruptive technology’ and ‘disruptive innovation.’.

By this what is meant is new technology or innovation that helps create a new market or value network by disrupting existing networks in ways that the market may not expect. Its normal effect is to increase competition, reduce prices and restructure a market in ways that often result in finding new consumers and changing the behaviour patterns of an existing market.

Typical examples are electronic taxi hailing services of which Uber is the best known, and Airbnb, which enables individuals to rent out their usually privately owned properties to visitors.

Both are disruptive. In nations in which such services are available they are causing significant numbers of consumers to abandon the often ultra‐conservative vested interests that operate near cartels on taxi services, or enable visitors to stay at locations other than hotels in order to have a more authentic experience of being in a destination.

Some technologies of this kind are already well established. For instance, when it comes to booking

hotels, flights and car hire, we now take for granted the numerous sites offering such services, or the

discounting or the selling‐up of vacation add‐ons. We are also all becoming accustomed to the many

new direct and indirect marketing variations that have emerged as a result of social media.

Other forms of disruptive innovation, however, are still emerging, in some cases with an uncertain outcome. These include bitcoin, which sees itself as a transmittable global digital currency beyond the control of individual states, but which has also been associated with criminality; three dimensional printing which, when scaled up, is capable of constructing buildings including hotel rooms, and producing in situ, for example, battlefield weapons and body parts; and big data that in future will be brought together from multiple global sources to enable marketing to the individual of almost anything on a personally tailored basis.

There is also a real possibility of passenger‐carrying unmanned electric aircraft that may do away with pilots, and driverless vehicles using nontraditional energy forms for propulsion.

While some may think this unlikely, all of these developments and more are already being trialled and are likely to be rolled out in the not too distant future.

For the Caribbean, as the most tourism dependent region in the world, each of these technologies pose challenges.

However, this is not just because taxi drivers have political clout and can find willing politicians prepared to defend the status quo, or because hoteliers may place pressure on government to impose equivalent levels of taxation on those who rent out their properties.

Instead, the challenge in the longer term will be about the type of destination that the each Caribbean nation and its industry wish to have, and in the medium term the extent to which a country can meld the new technologies that more and more visitors come to expect, in ways that provide local advantage. Governments too will have to determine how to compromise between local political pressures, any erosion of their tax base, and changing trends in visitor demand.

It will also be about knowing how and when to respond when disruptive technologies become the new normal in the mind of consumers.

These are interesting issues, as it may also be that in some smaller Caribbean destinations, the industry or governments may wish to consider themselves disruptive approaches. For instance as some hotels in Jamaica, Barbados and elsewhere have discovered there are niche markets for those who want to avoid technology, providing guests with only the peace and quiet of the natural. There are also other possibilities. For example as the prevalence of these technologies increases this could enable a greater actual and marketing emphasis on service, hospitality, cuisine and other people oriented skills. While scaling up a new type of offering may offer a possible alternative in smaller destinations or discrete areas, others in larger destinations where numbers matter, may see things differently.

To understand how challenging disruptive innovation may be to tourism one only has to look at online comments in relation to the non‐appearance so far of an Uber taxi service in Puerto Rico, or the decision by the city of Paris to tax Airbnb rentals. They and other examples in India, London and elsewhere demonstrate how vocal consumers can become when they are seeking to attract online audiences to place pressure on destinations to change their approach.

These are all matters to be considered now, rather than to be left to the future and chance.

David Jessop is a consultant to the Caribbean Council and can be contacted at [email protected]‐council.org. Previous columns can be found at www.caribbean‐council.org.

This Caribbean Country Is Going To The Polls This Month