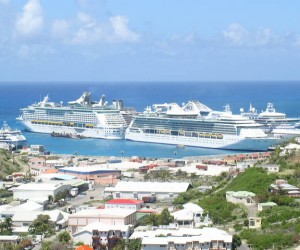 News Americas, NEW YORK, NY, Fri. Feb. 24, 2017: When it comes to cruise ship passengers, seven Caribbean nations outperformed all others in 2016 according to the Caribbean Tourism Organization’s latest ‘Performance of the Tourism Industry’ report, seeing arrivals of over a million and up. Here are the top7 for 2016:

Leading the way in most cruise ship passenger arrivals in 2016 was The Bahamas which saw some 3.7 million cruise visitors in 2016, the most of any Caribbean country.

The U.S. Virgin Islands took the number two spot on our list of top Caribbean countries that saw the most cruise passengers in 2016, recording over 1.7 million cruise visitors.

In the number fourth spot was Jamaica, which saw over 1.6 million cruise visitors in 2016.

Rounding out the top 7 list was the CARICOM Central American nation of Belize which saw 1,005,394 cruise visitors in 2016.