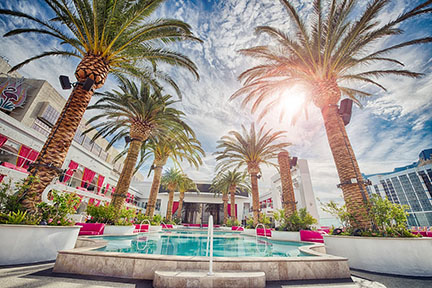 News Americas, NEW YORK, NY, May 18, 2020: At first glance the natural beauty and relaxing settings of the Caribbean islands have little in common with the hustle and bustle of Las Vegas, Nevada.

However, look a little closer and you will find that the two places have plenty in common, with many aspects of Caribbean culture being prevalent in the Nevada Desert and some of Sin City’s specialties heading in the opposite direction.

This article will look at how food, music, entertainment and a passion for general revelry bond the Caribbean and Las Vegas.

It is a toss-up between Caribbean food and music as to which is the more popular in Las Vegas. With the spirit of reggae legends like Bob Marley still more than fresh in the imagination, there is a vibrant sub-culture dedicated to the music genre in Las Vegas.

When it comes to clubs and music venues who love to steep themselves in Jamaican heritage there is the House of Blues, which even holds Bob Marley tribute nights, and the Jammyland Cocktail Bar & Reggae Kitchen who aside from serving tasty Caribbean island inspired cocktails and food, make sure that reggae beats play late into the night.

Regular venues aside, there is also a big demand for reggae festivals in Las Vegas, with not one but two currently wowing fans who come from far afield to watch their favorite acts. The first of these is Reggae in the Desert, which has attracted huge stars such as Mystic Roots, Yellowman and Don Carlos to name but a few. The other festival in town is Reggae Rise Up which is a two-day extravaganza that takes place in October.

One theme where there’s healthy give and take between the islands and the desert is the common love of games, and particularly card games.

Caribbean Stud Poker is now a staple at most Las Vegas card rooms, and the game’s origins come from a card game that still thrives in Trinidad and Tobago to this day called All Fours.

Such is the passion for cards found in the Caribbean that major events like the PCA have been brought from Las Vegas to be held at the Atlantis Resort in the Bahamas, with the 2019 winner of the Texas Hold’em tournament taking home a cool $1.5 million, having ousted a field packed with some of the world’s best players.

If there’s one thing Las Vegas natives and visitors alike love about the Caribbean it is jerk chicken, the Jamaican national dish that has enough spice to blow your socks off, but tastes so good you don’t care.

The dish is everywhere on the strip, being served by the aforementioned Jammyland Cocktail Bar & Reggae Kitchen, as well as Big Jerk and the Tasty Island Jamaican Restaurant, where you can tear into the chicken cuts and then mop up the delicious sauce with the help of a traditional roti or Caribbean flat bread.

If you want that flavorsome food for breakfast or brunch, but prefer to lose the spice, then a great option is Paradise Place Jamaican Cuisine, where hearty staples such as saltfish toast and ackee fruit are served.

Las Vegas is of course home to some of the biggest and most extravagant hotel complexes on the planet, and many Las Vegas brands have set up shop in the Caribbean.

The largest of these is Baha Mar, a resort that boasts no less than three hotels, endless amounts of restaurants and something you’ll never find in Las Vegas, a beach!

While American hotel chains are not always viewed as positive developments in the countries, they impose themselves on, the cultural exchange in this regard isn’t all one way, with Caribbean culture rubbing off on Las Vegas developers as well. This can be seen in the Caribbean inspired design of the Tropicana Hotel.

World Briefing | The Americas: Canada: Possible Drug Use by Pilot Helped Cause Crash,...

Latin American Market for Body Contouring Devices Will More Than Double by … –...

Rihanna Bares All In Cuba

Warning Shots To Guyana’s Caretaker Government Ahead Of Recount Results