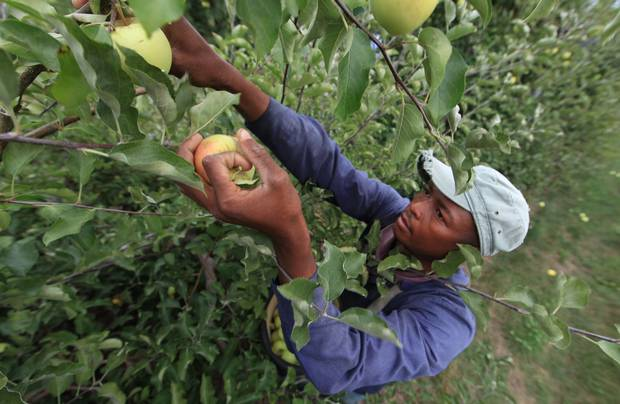 News Americas, NEW YORK, NY, Fri. Aug. 31, 2018: While many are celebrating Labor Day Weekend across the U.S., Caribbean-born workers who have been coming to the US as agri-laborers via a non-immigrant visa exemption rule for decades, have now had that door slammed shut.

A final rule eliminating the non-immigrant visa exemption for certain Caribbean residents seeking to enter the United States as H-2A agricultural workers, and their spouses or children who accompany or follow them, went into effect earlier this month.

As a result, these non-immigrants seeking to come to the US must now have both a valid passport and visa to enter.

The DHS said that continuing to provide an exemption for these individuals would be incongruent with the visa requirements for H-2A workers from other countries.

Agency reps have argued that while removing this exemption may make the process more difficult for individuals from these specified areas, it “creates an equitable standard for everyone who would like to enter the United States as an H-2A agricultural worker or as the spouse or child accompanying or following such an individual.”

The agency added that it also better ensures that individuals from the specified Caribbean areas seeking admission as H–2A non-immigrants, and their spouses and children, get better screened for potential fraudulent employment.

Officials also stated that the exemption “posed a security risk” because exempt workers did not undergo the same visa issuance process as H-2A applicants from other countries, including undergoing a face-to-face consular interview and associated fingerprint and security checks.

And the DHS said that by eliminating this exemption, the US government is “better situated to ensure that workers are protected from illegal employment and recruitment-based abuses,” including the imposition of prohibited fees.

The visa requirement will impact nationals of Barbados, Grenada, Jamaica, or Trinidad and Tobago, as well as nationals of British, French, or Dutch Caribbean territories.