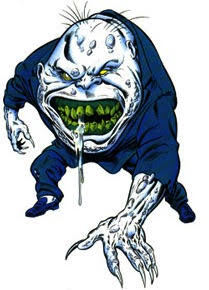 A category only reserved for a “special” few.

Or is he just a Bad Actor embracing the Saudi goons?

President Trump’s idea of U.S. foreign policy is pure nonsense. He proved it with his first international trip as President now winding down in Sicily. His first stop was the so called nation of Saudi Arabia. More accurately called the repressive and greedy House of Saud.

Barack Obama, remember him now on a never ending vacation trip fit for the rich and pampered? He treated the Saud goons well even though not good enough for their taste. They wanted more and Trump is giving it to them.
Every other sentence while President Trump was in the Saud Family Estate so called Saudi Arabia Trump denounced Iran and …

The Sauds jumped for joy in their white sheets. That was even before Trump sold them over $100 Billion in America’s most advanced weapons so they can keep dictatorial control over the so called country of Saudi Arabia …

And assert themselves all over the Middle East along with their new fast friend – the very right wing Israeli government. Why is Iran the Great Satan for Sunni Muslims and Right Wing Israelis? because it is CONVENIENT; the same reason Iran is Trump’s big enemy too. Not for logical or strategic or any other good reason but to keep the Saudis and Israelis happy…

It’s a love fest of hate involving them and all the other Sunni Muslim dictators in the Middle East. What exactly is Iran’s big problem? They are Shia not Sunni Muslims –  too bad for them and America’s best interests.

Guess what? That is NOT leadership; it is pandering  to one of the world’s most repressive regimes – the Sauds, who are also the true source of most terrorism in that permanently very troubled  region.

All this is about is a never ending power struggle between the two main sects of Muslims for control of the region. Put another way, Iran is no worse than Saudi Arabia and the others. In fact Iran is far better to a real extent while certainly still being a Bad Actor.

Iran’s unfortunate problem is something they call the Supreme Leader. Iran is the Middle East’s ONLY real democracy with an asterisk. This Supreme Leader, a cleric, has power over anything the elected government does.

Ironically, to say the least, while President Trump was in Saudi Arabia where there are NO elections and bashing Iran, the Iranians were holding a very real nation national election re-electing moderate President Hassan Rouhani who would very much like to improve relations with the United States.

But NOT on Trump’s so called watch! Trump just wants to find some reason to cancel the Iranian nuclear deal and give him an excuse to bomb Iran back to the Stones Ages to impress the Saud Family and the Right Wing Israelis.

Now do you understand why Donald Trump is profoundly STUPID? Or if you want argue he is not stupid he is just looking out for the Trump Family Business and looks forward to putting the Trump name on lots of buildings in Saudi Arabia, if not right now, after his Presidency. In the meantime, there is so much Saud Family money they could invest in Trump real estate projects everywhere else. Sorry Iran, you can’t compete in this market.

Let’s take a different look at what it is like in Saud Family Land for women; take a look at this so called country the United States should have nothing to do with even more now that America no longer needs Saudi oil.

The New York Times in Thursday’s edition in an article titled .. “Why Saudi Women Are Literally Living ‘The Handmaid’s Tale,’” paints a horrid story about women in Saudi Arabia bring treated brutally in a completely male dominated culture, where the only definition of women’s “rights” are whatever the Saud male overlords allow them. Saudi women who have the means flee Saudi Arabia in droves.

But let’s focus on the much larger issue in which human rights abuse abounds in the autocratic land of Saud where there is no democracy. The dirty BIG secret in the Middle East is the FEAR of Iranians or overwhelming, their so called Supreme Leader and his Hard Liners and Iran blooming as a true democracy and real capitalist wonder land, which becomes America strongest and best ally in the Middle East in the future.

That is the ultimate threat to the Saud Family and the other Sunni Muslim super wealthy dictators in the Middle East – that their oppressed populations will demand their countries be more like Iran and these despots will be toppled. Right Wing Israelis who have no interest in a peaceful prosperous Middle East are more than happy doing the Sauds bidding and labeling Iran the enemy.

So Donald Trump is either so stupid he has fallen into the trap of making Iran the Bogey Man of the Middle East or Trump knows exactly what he is doing – relentlessly attacking Iran for one reason to please the Saud goons.

24/7 Wall St.: Countries with the most immigrants – USA TODAY