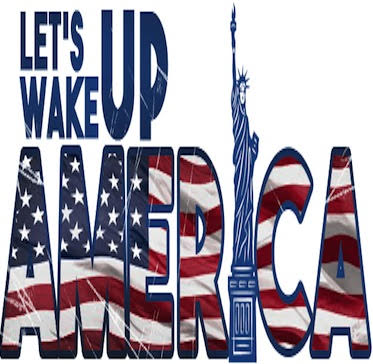 Donald Trump will do nothing to solve America’s health care mess.

Reality Check …. Neither will the Democrats!

I do have to go all the way back to President Obama’s first term to put this in perspective and in the name of fairness and accuracy.

If anything, Obama was more pathetic. That is absolutely right. The sanctimonious so called Democratic leadership making us believe they truly want real health care reform and what do we get – BS and Obamacare.

All it takes is two words to prove what a fraud Obamacare is. PUBLIC OPTION!

Just as with Trump and the Republicans today, back in 2010 Obama and the Democratic Party Congress could have passed any health care legislation they wanted. The Republicans were helpless to stop them.

What Obama did NOT propose and what the Democrats in Congress did NOT force him to include in Obamacare was the all important public option.

Well think again. Obama and the Democrats kiss the heath care industry’s collective ass, be it with not as much vigor as Trump or the Republicans.

What is the very big deal with the PUBLIC option? Thank you for asking.

It goes to the very core of the hypocrisy practiced by all Presidents and both political parties. If Barack Obama had included the Public Option in Obamacare the result would have been that any and all Americans would have had the choice of buying into Medicare/Medicaid instead of making the insurance companies richer, buying their bogus policies with the never ending rate increases and their ridiculous deductibles and co-pays, which makes so many of their policies almost worthless except to the well off.

It would have gotten even better for us and worse for the scam health insurance industry and the medical and drug industries. What the Public Option would have proven in a very few years was the inescapable conclusion that the U.S. health care industry made NO sense and the clamor for a single payer public system would have become overwhelming.

Trumpcare has only one purpose – to screw us all while pandering to the very rich and the insurance and medical and drug industries. But that is what we have every reason to expect them to do; that is their job – to work for the rich and the powerful and sell the rest of us out. They work best for the Greedy.

So even in the face of the laughable Republican health care legislation, which is not even pathetic enough for the most Right Wing Reactionaries in the Republican Party who want to screw the rest of us even more, so what do Democratic Party Clowns like Chuck Schumer and Nancy Pelosi do?

Are they finally ready to propose the health care system we need based on either the Pubic Option or straight to single payer universal health care. NO, they continue to deceive us Obamacare can be made to work. Nonsense!

So we now have this delicious dilemma that has ensnarled both the so called Democratic Party and Republican Party “leaderships” and both Donald Trump and Barack Obama, yes Barack Obama, because he sees Obamacare as his most important legacy and when it completely fails – he goes down with it.

Trump and the Republicans either will likely not be able to pass any health care legislation because of opposition within the Republican Party; so much for Trump’s so called art of the deal or if they do it, it will be so destructive it will gain universal scorn.

Great for the so called Democratic Party leadership! Not really because they don’t have a fix for Obamacare, because there isn’t any. It is fatally flawed. It is even more flawed because it does nothing about the for PROFIT medical and drug industries that see their product as no different than selling cars or smart phones or potato chips to squeeze consumers as much as you can.

Of course there is an answer the answer America needs and that will produce a far better future for all Americans and for the economy. An answer that the Republicans bought and fully paid for by the very rich will call treasonous and that the Democratic Party elites will never support because they are also bought and paid for by the medical and drug industries.

The answer is and always has been SINGLE payer universal health care.
You should all know this stuff well but let me turn to media partner The New York Times again this week although there are endless sources for this basic information about health care in America.

The Times article from Wednesday, June 8th is titled “The Price of Cutting Access to Health Care.”  The Times purpose in publishing this article just as the comical crew at CNN does is to suck up to Obamacare and try to fool the rest of us but what it does is still contain some very useful information.

“Senators, the United States is a sick country.” AMEN to that.

“Four years ago, a panel of experts convened by the Institute of Medicine and the National Research Council set out to assess the nation’s health compared with 16 other rich nations. Americans, they found, had the second-highest mortality from non-communicable conditions like diabetes, heart disease or violence — and the fourth highest from infectious disease. In terms of infant and maternal mortality, Americans are the worst off.”

“From adolescence to adulthood to old age, the chances of dying an early death are higher in the United States than in any of the other 16 countries. A 15-year-old American girl has a 1 in 25 chance of dying before she turns 50, twice the risk found in the comparison group.”

“And early death is hardly surprising, since Americans lead a pretty sickly life. Teenagers and young adults report higher rates of obesity, chronic illness, sexually transmitted infections, mental illness and injuries than in peer countries, according to the report. Americans in their 50s have higher rates of heart disease, stroke, diabetes, hypertension and obesity.”

“The figures also reflect a toll in the workplace. The United States ranks in bottom fourth among the 30 industrialized nations in the Organization for Economic Cooperation and Development in terms of days lost to disability: Women will lose 362 days between birth and their 60th birthday; men about 336. Mental health problems like depression will account for most.”

Now this from the NY Times article ..

“Study about equity in access to health care for 21 countries in 2000 revealed United States had the highest degree of inequity in doctor use, even higher than Mexico – which is both poorer and generally more inequitable.”

ENCORE …. “Study about equity in access to health care for 21 countries in 2000 revealed United States had the highest degree of inequity in doctor use, even higher than Mexico – which is both poorer and generally more inequitable.”

Now here is the ALL important close even if we all  already know it ..

“In 2015, according to the Organization for Economic Cooperation and Development, the United States government spent 8.4 percent of its gross domestic product to pay for health care for about half of all Americans, including Medicare, Medicaid and subsidies under the Affordable Care Act. That year, Britain spent 7.7 percent to cover virtually all of its citizens. Finland, Canada and Italy spent even less.”

… “United States government spent 8.4 percent of its gross domestic product to pay for health care for about half of all Americans …. Britain spent 7.7 percent to cover virtually all of its citizens. Finland, Canada and Italy spent even less.”

We pay MORE to cover ONLY half of Americans with inferior health care for many Americans than Western Europe countries pay to cover ALL of their citizens with often better care for most.

Why is our system so ineffective and expensive? Because it is owned by the medical and drug industries NOT the American people. And why should employers pay for health insurance? NO reason. It undermines employment.

We need a 5-10 year plan to transition to SINGLE payer govt. provided health care based on effective Medicare/Medicaid model that also learns from all the best and worst practices in Western Europe’s single payer systems.

Say it loud, say it proud: SINGLE PAYER HEALTH CARE FOR US!!

Democrats’ Florida push calls for US shift on Cuba – Monitor