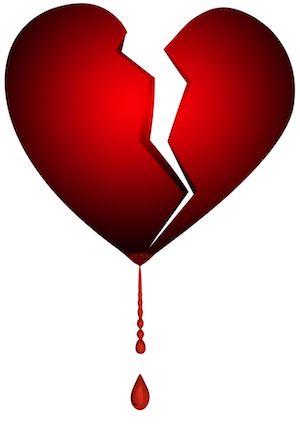 News Americas, NEW YORK, NY, Fri. Feb. 16, 2018: It is every journalist obligation to write about this new horrible ….

Valentine’s Day MASSACRE, including me, right here in Trump’s America.

Does the Supreme Court have the ability to rule you have the right to murder someone, indeed anyone you want for any reason you want, whether you are either sane or insane? NO, NO, NO!

We do not need to wait forever for the hypocrites in Congress to pass a law properly interpreting the Second Amendment or a REAL President to sign such legislation, just as we do not of course need Congressional legislation to prevent you or anyone else from legally murdering whoever they want.

“A well-regulated militia being necessary to the security of a free State, the right of the People to keep and bear arms shall not be infringed.”

The Second Amendment does NOT state …

at anytime for any reason …”

No one can discard the absolutely essential first part of the Amendment:

Was this young MADMAN in Florida, involved with or a member of a

“WELL REGULATED MILITIA?” No, just the diabolic opposite.

So what right under the U.S. Constitution did he have to purchase and own an assault rifle? He had NO right at all; NO matter what the government of the State of Florida says, thinks or legislates; nor any other state, or the Federal government.

Any such legislation is UN-Constitutional!

Beyond the Second Amendment, the U.S. Constitution begins  …

“We the People of the United States, in order to form a more perfect Union, establish Justice, insure domestic Tranquility, provide for the common defense, promote the general Welfare, and secure the Blessings of Liberty to ourselves and our Posterity, do ordain and establish this Constitution for the United States of America.”

Again the all important first paragraph of the U.S. Constitution …

“ …. establish Justice, insure domestic Tranquility, provide for the common defense, promote the general Welfare, and secure the Blessings of Liberty to ourselves and our Posterity …”

SECURE THE BLESSINGS OF LIBERTY

TO OURSELVES AND OUR POSTERITY

All this is the very opposite of the fraudulent interpretation of the Second Amendment that has been shoved down our throats in deadly fashion, over and over and over, again killing far, far too many Americans

Those essential Constitutional rights and conditions cannot be met for all American men, women and children by definition in a society, in a nation supposedly under law, where virtually anyone with very, very few exceptions, can buy and use any kind of weapon, no matter how lethal they are; no matter how many they wish to own or use, and and no matter how many do so.

Any such society is both LAWLESS and in absolute violation of the U.S. Constitution generally, and further emphasized in the Second Amendment.

Any legitimate Constitution and the interpretation of it must be grounded in basic common sense, specifically the mandates of “common law” as well as fairness and equality. When interpreted legitimately, the U.S. Constitution and its wording meets these requirements. NOT when it is misinterpreted.

So exactly what am I proposing? It should be obvious.

Just as no one has a right to endanger public safety and put other individuals at the risk of death or injury by operating a motor vehicle without first obtaining a license to do so by going through a mandatory process, which includes both a background check and further the ability to operate a class of vehicles safely, and if such a license is granted it only allows for the operation of properly registered vehicles.

Further and to the point, NO civilian can be given the right by any state to own or operate a military tank filled with lethal weapons or a military jet armed with missiles – no matter how “skilled” they may be.

Based on whacky Second Amendment, “logic” applied to vehicles …..

… it is illegal for government to require any American to obtain a driver’s license or register vehicles they operate.

But they are not “weapons? ” So what? But of course they are! We know a car can kill as “well,” if not “better,” than an assault rifle in many cases.  So they and users must be licensed.

There is no such Constitutional right, except there would absolutely be if the Second Amendment is as bizarrely interpreted as many, including Trump does.

In their interpretation, if you “logically’ have a right to buy and own and use military assault rifles, where is the Constitutional distinction that does not apply to military tanks and aircraft? There would be none!

The facts are these …

1) The U.S. Constitution and the Second Amendment require the licensing of gun owners and all arms nationally to create a well-regulated Militia!

2) The Federal government has the absolute right, indeed the requirement, to ban civilian possession or use of any weapon that … is a threat to Justice, Domestic Tranquility, that undermines the common defense, threatens the general Welfare, and the Blessings of Liberty to ourselves and our Posterity – as proven repeatedly many kinds of weapons do again and again.

As they did yet again on February 14th in Florida, horribly.

3) The Federal Government has the right and obligation to require any citizen to justify their need for any particular lethal weapon, and that mandate must be exercised judiciously, fairly and logically.

If we lived in some magical universe where when you shoot someone it is all in good fun and the bullets harmlessly pass through your body and a universe where all humans were peaceful and everyone was supremely rational and they would never harm others maybe, everyone should own and use any amount of weapons and all the ammunition they ever want.

We don’t live in that universe … We live in Trump’s America.

Here, it is way past time to PROPERLY interpret the Second Amendment!

Justice, domestic Tranquility, the common defense, the general Welfare, and the Blessings of Liberty to ourselves and our Posterity depend on it!

As GUARANTEED by the U.S. Constitution!

Just ask the 17 DEAD in Parkland, Florida; except you cannot.

Special dedication this episode to all the dead and wounded in Florida.

(This entire series is dedicated in honor of Liu Xiaobo)