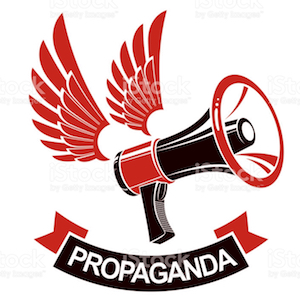 YOU SHOULD BE; it has become a dangerous monster!

I turned off Facebook long ago. So should you.

It seems free, but it costs you and all of us dearly.

As everyone should now know.

Facebook is by far the largest broadcaster on the planet. Let’s do away with the obsolete definition of what is a broadcaster or a network. Local TV and radio stations and bigger networks, like NBC and all the rest of these legacy operations, are now just a sub-set of the much larger broadcasting industry.

Even more traditional broadcast networks like, CBS, NBC, ABC, FOX and lesser ones like CNN, are severely limited as big as they are, by national boundaries. Obviously, Facebook, Google, YouTube, Amazon, etc. have no such limits to global reach, except in a few places most notably of all China.

Even more significant is the kind of networks these global giants are. In this context, most of all Facebook. They are interactive. You do not sit in front of a screen and passively watch the screen. Facebook is all about engagement in a most powerful way. You are the “broadcaster.” And organizations like Cambridge Analytics and their clients like Russian disruptors are.

Put more dramatically, Facebook is by far the largest propaganda and mind manipulation machine the world has ever seen. Everyone should have realized this years ago when a major human evolutionary change took place.

Since the dawn of time, humans have looked where they were going as they walked sidewalks, crossed streets, climbed stairs, rode elevators. This logical practice of watching where you are going, dramatically and almost suddenly changed in recent years with more and more humans instead looking down at their smart phones while out and about going place to place or nowhere.

It was the Dawn of the Age of Facebook. People were also looking at emails and Twitter but most of all their Facebook feed on their phones trying not to miss any of that all-important so-called news from friends and everywhere.

Time to bring in the famous disappearing “couple” of corporate sweethearts Mark Zuckerberg and Sheryl Sandberg, CEO and COO of Facebook although this is far, far more Mark Zuckerberg’s show Sandberg merits mention.

The key to this week’s episode of Trump’s America is the singular distinction that separates Facebook most of all and others like it from the traditional networks that are subject to government oversight and regulations.

First let me bring in media partner Wall Street Journal for some other journalistic insights about what is going on with Zuckerberg and Facebook right now from their article titled “Facebook Identity Crisis Looms.”

It begins with this ominous statement “The company’s core business continues to prove vulnerable to exploitation by spammers and bad actors; meanwhile our personal data remains at risk.” Say Amen.

“Facebook’s troubling relationship with personal data, and the way that data has been repeatedly exploited, show the precarious nature of a business dependent on knowing everything it can about its own users.”

“Facebook’s troubling relationship with personal data, and the way that data has been repeatedly exploited, show the precarious nature of a business dependent on knowing everything it can about its own users.”

Yes, unlike torture you gladly supply Facebook your data to manipulate you for free and yours and all the other “friends” at tremendous profit to Zuckerberg. Even the meaning of the word “friend” is Orwellian on Facebook.

Back to The Wall Street Journal …

“For a company whose very existence depends on its users turning up regularly, recent events threaten to give people a reason to reduce the amount they share on Facebook or leave it all together.”

I said so up front; leave it all together. Free yourself while you can.

What’s that Wall Street Journal …. “Personalization in advertising is sometimes nearly indistinguishable from surveillance.” In the hands of Facebook and those it sells all this data to it is indistinguishable from surveillance and more manipulation “better” (sic) yet brain washing. And with every passing day it gets more and more sophisticated and pernicious with ever advancing tools like artificial intelligence and machine learning.

You think Donald Trump is a threat to America’s future? Yes, he is, but step aside Donald Trump for the One & Only Mark Zuckerberg. At most, Facebook and its data stream may enable Donald Trump. Zuckerberg is the Enabler!

Facebook, the most powerful company in the world based on its global impact, is the largest company on Earth fully controlled by one individual. Yes, Facebook is a public company with a so called distinguished board of directors but so what?. Zuckerberg controls such a massive amount of the voting rights only his counts, which in this context makes him the most powerful person on Earth. No, not you Jeff Bezos – far richer. The world’s richest person at $112 Billion to Mark Zuckerberg only # 5 with a fortune of $71 Billion.

Even put the world’s most powerful Dictator, China’s Xi, a master manipulator of 1 Billion + Chinese behind Zuckerberg useable power. The fact that Xi does not allow Facebook in China as desperately as Zuckerberg wants it says a whole lot. Xi knows the potential of Facebook to control Chinese minds and Xi would not be the controller, Mark Zuckerberg would be.

You are right. Wait a second, I am painting a picture of Mark Zuckerberg as the most evil person on Earth. Really? Time for an analogy. Let’s say there was only one person on Earth who could make and sell nuclear weapons but who had no ability to or interest in using them. All he did was sell them to clients who could and would use them. Is he more powerful or are his clients?

I emphatically say it is definitely the bomb maker who is more powerful.

Now let’s get to the core of this week’s episode after setting the stage.

What Mark Zuckerberg began 14 years ago after stealing the idea from the Winklevoss twins when all three were under graduates at Harvard, and Zuckerberg began Facebook as an innocuous platform for student hookups:

Is very, very, very different today but still free of societal controls. Mark Zuckerberg, his high priced executive staff especially his #1, the earlier mentioned Facebook Billionaire, COO Sheryl Sandberg, and a boat load of lawyers and spin doctors, are working hard to keep it that way.

Only this week, Mark Zuckerberg finally came out from behind his curtain of silence, admitted to some lapses at Facebook they are fixing. Like selling powerful amounts of Facebook user data to Cambridge Analytics to work their magic to the benefit of Trump’s campaign. Self-supervision. Really?

Forget all about Donald Trump and Cambridge Analytics if you can they are small fish in this much larger scheme. A key part of the Facebook profit machine is selling user data to all kinds of firms world-wide so they can manipulate the 2 billion strong Facebook user base. On and off Facebook.

And it is not just product and service advertisers by a long shot. It includes hate groups, anti-Semites, violence advocates, Neo-Nazis. All of the world’s dirt bags utilize Facebook. The idea that Facebook can ever identify the real users of their data is ludicrous. Buying user data is not the worst problem …

It is Facebook itself as a broadcast medium. There has never been both a mass and targeted communications tool like Facebook ever and globally. One source shopping. Here is just one pathetic example of a huge Facebook user the government and military of Myanmar. They actively use Facebook to advance citizen support for their brutal genocide against the Rohingya.

This from Business Insider. “Adam Mosseri, Facebook’s vice president of product management, said that Facebook’s contribution to ongoing violence against Rohingya Muslims in Myanmar caused his team distress and was something they struggled to address.”

Why the hell does Facebook allow it SHAME ON MARK ZUCKERBERG?

So what are we to do to STOP Zuckerberg becoming ever more powerful and dangerous in the United States and around the world. Individually you and I can do little more than signing OFF Facebook permanently today.

It is Congress and President Trump who must do what should have been done long ago by President Barack Obama and an earlier Congress.

Subject Facebook to the same exact Federal regulations as all the other broadcasters. The kind of manipulation and images and unidentified messages that takes place on Facebook worldwide every day of the year would NEVER be allowed to be broadcast on any of the traditional networks.