News Americas, WASHINGTON, D.C., Fri. Jan. 20, 2017: A day before Donald Trump took the oath of office as President, Americans found out of the links of his Secretary of Treasury pick to the Caribbean.

At the Senate Finance Committee Hearing for Steven Mnuchin Thursday, it was revealed that the former partner in Goldman Sachs who is also co-owner of OneWest Bank has links to at least two Caribbean nations.

At the Senate Finance Committee confirmation hearing, Mnuchin acknowledged, amid questioning by Sen. Ron Wyden (D-OR), that corporations he had registered in Anguilla and the Cayman Islands .

Mnuchin set up several offshore company accounts in the Cayman Islands to avoid paying taxes and a master fund in Anguilla.

Mnuchin, who has also been involved in several Hollywood films via Dune Capital Management and also Relativity Media prior to its bankruptcy, was asked by Sen. Bob Menendez (D-NJ) why his initial financial disclosure forms had not included nearly $100 million worth of real estate assets and the fact that he was a director of Dune Capital International Ltd. in the Cayman Islands.

“It’s almost like an open-book test,” he noted, “and yet you did not answer in that questionnaire listing your position as director of a Cayman Islands corporation and as manager chairman and director of eight additional shell corporations.”

The information was corrected, Menendez observed, “only after the committee staff having done their due diligence brought the missing information to your attention.”

He was also pressed about whether he would close the Cayman Islands accounts to which he said: “I would support changing the tax laws to make them simpler and more effective, yes.”

And he added: I did not use a Cayman Island entity to avoid paying taxes for myself.”

Florida Senator Bill Nelson asked Mnuchin if he moved Dune Capital Partners LLC to Anguilla and he said yes. He said the master fund in Anguilla “had to change it to become a foreign entity” and that it was done to help non-profits and pensions. 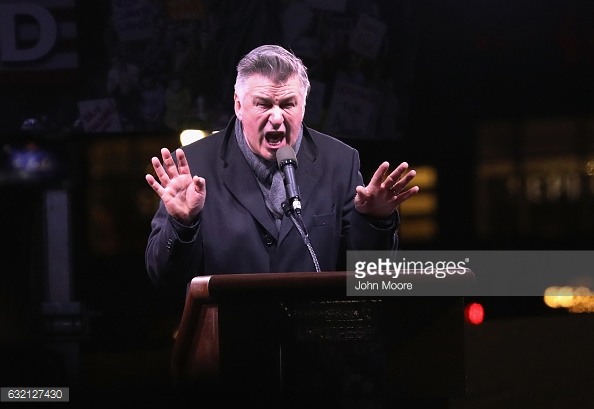 The hearing came as New Yorkers rallied in thousands on the eve of the inauguration on Thursday, Jan. 19, 2017.  They included Actor Alec Baldwin, who impersonates Trump on ‘Saturday Night Live.’ The ‘We Stand United’ anti-Trump rally was held outside the Trump International Hotel in Manhattan to protest on the eve of Trump’s inauguration as the 45th President of the United States.