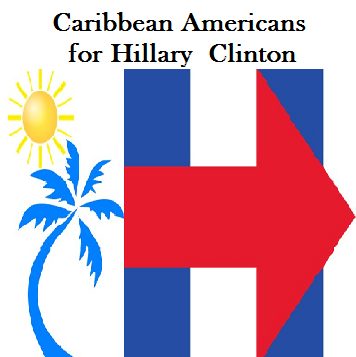 News Americas, NEW YORK, NY, Fri. Nov. 4, 2016: In just five days on November 9th – the world will know the new President of the United States and two Caribbean roots women, who are solidly in Camp Team Hillary Clinton, are working hard to get out the black and Caribbean vote to ensure the victor is HER. They are part of 38 African-American women working on the Hillary Clinton campaign – the most of any presidential campaign in US history. They are:

Maya Harris is the sister to California senate hopeful Kamala Harris and a political heavy weight too. Harris, 49, whose dad Donald Harris is Jamaican and whose mom Shyamala Gopalan is Indian, arrived at the Clinton campaign last April, fresh off a brief stint at the progressive think tank Center for American Progress as a senior policy advisor.

The Stanford-trained lawyer and former university dean helps shape the policies Clinton relays in stump speeches and debates and is a major influence on how the Democratic Presidential nominee talks about issues of crime and policing.

Trinidad-and-Tobago-born Neisha Blandin is Clinton’s National Deputy Women’s Vote Director at Hillary for America. She has been with the campaign since last July.

While the Caribbean American support for Clinton is not as obvious as the Latinos for Clinton and African Americans for Clinton, there are definite pockets all around the country mobilizing and voting for HER.

Meanwhile, days before Election Day, the margin between the candidates is narrow, with 45 percent of likely voters supporting Clinton, to 42 percent for Donald Trump, the Republican nominee. NAN has learned that Hillary Clinton will be watching the elections in New York City. The Hillary for America Election Night Event is set for Jacob Javits Convention Center. RSVP at www.hillaryclinton.com

Marketing Consent: A Journey into the Public Relations Underside of Canada’s … – Upside...

5 Fast Facts About Black Immigrants in the United States – Center For American...

The State Of Gambling In Latin America