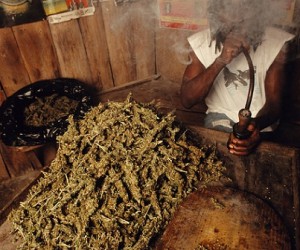 News Americas, NEW YORK, NY, Tues. July 8, 2014: A leading U.S. organization that promotes drug policies “grounded in science, compassion, health and human rights” is welcoming Caribbean leaders announcement that a commission to review marijuana policy in the region will soon be established in order to assess the need for reforms to marijuana laws.

At the semi-annual summit of Heads of Government of the Caribbean Community (CARICOM), which concluded in Antigua this weekend, CARICOM leaders agreed to establish a Regional Commission on Marijuana “to conduct a rigorous enquiry into the social, economic, health and legal issues surrounding marijuana use in the Region and to advise whether there should be a change in the current drug classification of marijuana, thereby making the drug more accessible for a range of users.”

“It’s great that governments in the Caribbean are finally pushing forward with this dialogue,” said Ethan Nadelmann, Executive Director of the Drug Policy Alliance. “With so much momentum for reform in both North and South America, it is crucially important that the Caribbean not be left on the sidelines.”

Prime Minister Ralph Gonsalves of St. Vincent and the Grenadines – who was instrumental in getting the issue on the agenda during his chairmanship of CARICOM – expects the commission to study reforms taking place around the world on marijuana policy, including Jamaica, the United States, Sweden and Uruguay.

“It seems to me counterproductive to ignore the potential of an industry in respect of medical marijuana and to continue to expend police, national security, court resources on persons who consume a minuscule amount of marijuana in the privacy of their homes,” Prime Minister Gonsalves said.

In recent years, debate and political will for drug policy reform has gained unprecedented global momentum. In 2011, Kofi Annan, George Shultz, Paul Volcker and Richard Branson joined former presidents Fernando Henrique Cardoso (Brazil), César Gaviria (Colombia) and Ernesto Zedillo (Mexico) and other distinguished members of the Global Commission on Drug Policy in saying the time had come to “break the taboo” on exploring alternatives to the failed war on drugs – and to “encourage experimentation by governments with models of legal regulation of drugs,” especially marijuana.

Last year, Uruguay followed on the heels of Colorado and Washington State and became the first country to legally regulate marijuana for recreational purposes. In June, the West Africa Commission on Drugs, initiated by former United Nations Secretary General Kofi Annan and chaired by former Nigerian President Olusegun Obasango,called for drug decriminalization and for treating drug use as a health issue.