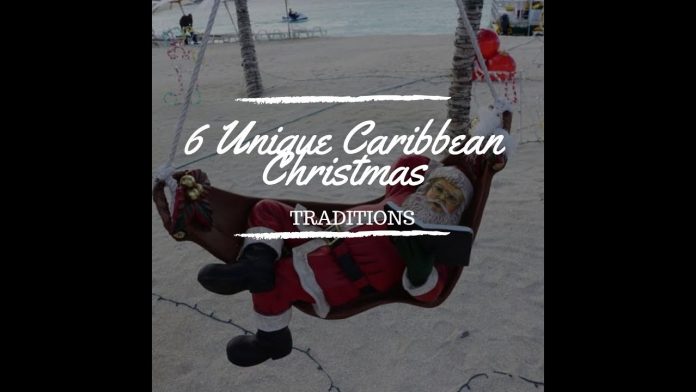 News Americas, NEW YORK, NY, Fri. Dec. 21, 2018: There is nothing like Christmas in the Caribbean, where the build up and celebration starts as soon as the month of December comes around.

From the cleaning of the house from top to bottom, to repainting chores, and buying new curtains and even furniture, Caribbean nationals know how to truly celebrate the day. And that does not include the parties that happen throughout the month in all offices and organizations.

But while the themes of food, church and parties are a constant, there are several traditions that are unique to many countries. Here are some:

Christmas in Guyana used to feature masqueraders going door to door wearing ghost-like costumes and dancing for money. Costumes included Long-lady – nicknamed Boom Boom Sally or Mother Sally – a figure in a flowing skirt on tall stilts and with the face of a woman and the Cow, a wood-and-fabric structure in the shape of a cow that had an opening for a man to place it around him. One of their popular chants was: “Christmas come but once a year. And every man must have his share But the poor man in the jail. Drinking sour ginger beer.”

Pepperpot is an Amerindian-derived dish popular in Guyana. It is traditionally served at Christmas and eaten with bread on the morning. Pepperpot is a stewed meat dish, strongly flavored with cinnamon, cassareep (a special sauce made from the cassava root) and other basic ingredients, including Caribbean hot peppers. Beef, pork, and mutton are the most popular meats used, though some have been known to use chicken.  See recipe here.

Black Cake is also served in Guyana at Christmas largely and is made like most cakes but with local dried fruits along with prunes and rains soaked for over a month in rum.

2: St. Vincent and the Grenadines

Nationals of Vincent & the Grenadines the annual Nine Mornings Festival each Christmas. Every morning starting nine days before Christmas, locals wake up before dawn and fill the streets to participate in a range of celebratory activities, from sea baths to costumed dances to bicycle rides.

The Bahamas’ most treasured and well-known traditions is Junkanoo on boxing Day, the day after Christmas, where masked revelers sing, dance, and drum their way through town streets in an exuberant parade.

The Audaciousness Of The Trump Administration Knows No Bounds