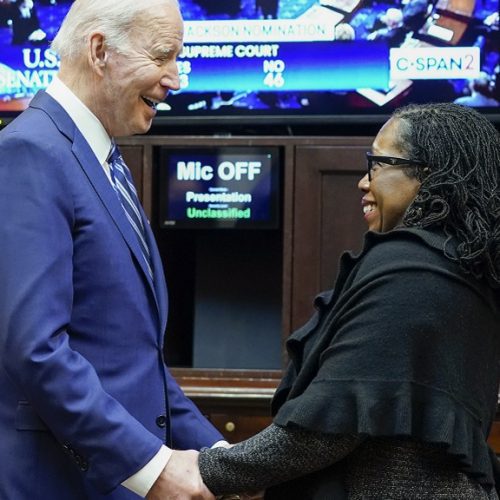 The hurt I feel is like Nia Ali’s shocking fall in the 100-m finals of the hurdles event at the World Championship or like a Lionel Messi ball shot straight to the gut.

For Joe Biden and Democrats, who fought hard to get Justice Ketanji Brown Jackson on the Court, it must feel like a slap in the face and a kick in the teeth at once.

The diss I refer to dear readers is the dissent by Justice Brown Jackson on July 21st – in what was her historic first vote since joining the court. If Jackson wanted to make a great first impression in a hot summer, this was her opportunity.

The case before the court could not have been aligned more perfectly by the Gods – the court’s first black female justice taking her first vote on an immigration case and determining the future of poor immigrants.

But instead of showing she could be the court’s new mover and shaker, voting with empathy, Brown Jackson dropped the ball and dissented.  Why? What possible reason could she have for that? Was she feeling nervous and following the pack of other female justices – Elena Kagan, Sonia Sotomayor and Amy Coney Barrett? Did she not recognize the moment she was in?

The case was the appeal by the Department of Homeland Security to implement new immigration enforcement priorities that limit immigration arrests in order to focus on security risks – instead of the more aggressive approach taken under the Trump administration. A commonsense approach indeed when you consider many immigrants arrested and put into deportation proceedings are there for largely living in the country without working permits and even a simple misdemeanor like a traffic violation.

Brown Jackson, much like Joe Manchin and Krysten Sinema in the Senate blocking every rational policy from the President in the name of the great filibuster, choose instead to block the order by dissenting.

In so doing, she delivered a 5-4 win for the right-wing attorneys general of Texas and Louisiana who had taken the DHS to court in Texas.

There a Trump appointed federal judge vacated Homeland Security Secretary Alejandro Mayorkas’ guidance. The administration then appealed to the 5th US Circuit Court of Appeals, which denied the Justice Department’s request to stay the lower court order pending appeal.

The administration then asked the Supreme Court to step in on an emergency basis arguing that the DHS has “long relied” on guidance regarding national immigration enforcement priorities in order to “harmonize its efforts and focus its limited resources.”

So, the consequence of this giant Brown Jackson diss is that the Department of Homeland Security is now “obligated to … continue to abide” by the Texas court decision as the AGs of Texas and Louisiana grin from ear to ear.

It is unfortunate that because of Justice Brown Jackson, immigrants could be deported, and lives torn apart as ICE officers are now the ones left to make enforcement decisions on a case-by-case basis. We’ve seen what that looks like, so I have little confidence in that process.

For that, we have Justice Brown Jackson to thank and that will go down in history.

The writer is publisher of NewsAmericasNow.com – The Black Immigrant Daily News.

WATCH: Ashanti wowed in Barbados after singing US anthem in Texas...