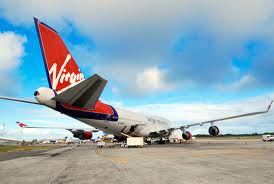 The flights were originally cancelled in March this year.

Operating under flight numbers VS097 and VS098, the flight will depart from Gatwick on Sunday mornings during the summer season, with the overnight return service leaving Tobago on Sunday evenings.

Virgin will also be flying to St Lucia, meaning a short stop in St Lucia before the flight continues to Tobago.

Joe Thompson, director of network and alliances at Virgin Atlantic was quoted as saying: “The Caribbean has long been at the heart of our leisure operation and we’re really excited to be offering our customers flights to beautiful Tobago once again.

“We are always looking for opportunities to grow our network and provide our customers with even more travel options and with other operators withdrawing from this route, we believe our new services will be very popular with British holidaymakers.”

Elegance at Ralph Lauren, with Kanye in front row

Dominica born attorney Garvin Ambrose sworn in to the bar of the US Supreme...