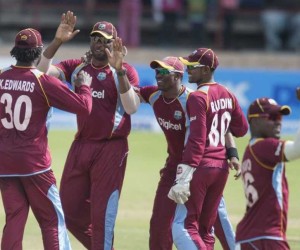 News Americas, ST. JOHN’S, Antigua, Fri. Nov. 7, 2014: The West Indies Cricket Board wants to get to the bottom of what led its squad to dramatically pull from their tour of India and they’ve named a task force to do so.

Leading the committee is Michael Gordon, a prominent attorney, businessman and a former West Indies cricketer.

Gordon will lead the force that includes chartered insurer Dennis Lalor and former pacer Wes Hall, the WICB announced yesterday after a meeting of its Board of Directors.

The Task Force is expected to meet with all parties including the West Indies Players Association (WIPA) and the players, before reporting its findings to the board.

West Indies players pulled out of the tour of India because they were angry with WIPA over a change in their Collective Bargaining Agreement with the WICB.

The Board of Control for Cricket in India (BCCI) has cancelled tours to the Caribbean and has demanded compensation of 42 million US dollars after striking West Indies players left their tour to India with five fixtures still to play, including three Tests.

Why sustainable tourism is the travel industry’s duty – The Guardian