Home Caribbean Barbados What Does The U.S. & Barbados Have In Common? 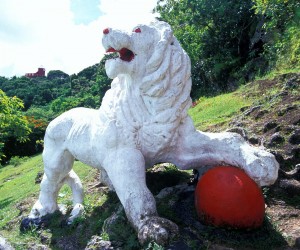 News Americas, NEW YORK, NY, Fri. Dec. 5, 2014: The Caribbean island of Barbados and the U.S. may differ in a great many number of things but not on the scale of corruption.

According to the results of the latest Corruption Perceptions Index, both Barbados and the U.S. are ranked at 17 on the scale of global corruption as put together by Transparency International (TI).

Both nations scored 74 this year to land at 17 on the Index, TI said.  The list is compiled annually based on expert opinion from around the world and measures the perceived levels of public sector corruption worldwide.

Barbados was the only nation in the Caribbean and Latin America to make the top 20. The Bahamas came in at 24th with a score of 71 while St. Vincent & the Grenadines was 29th, Puerto Rico 31st and Dominica 39th.

The Dominican Republic and Guyana were further down the ranks at 115th and 124, respectively while Haiti was listed as the most corrupt Caribbean nation at 161.

Latin American nations also did not fare as well. Uruguay and Chile were considered the least corrupt with a ranking of 21 each and a score of 73, one point lower than both Barbados and the U.S. Others came in far lower. Costa Rica came in at 47 while Brazil was way down the ranks at 69.

Nicaragua came in even lower, at 133 while Paraguay was at 150; and Venezuela like Haiti, landed at 161 to round out the Americas.