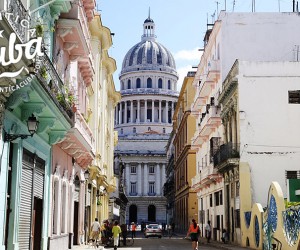 News Americas, LONDON, England, Weds. May 21, 2014: A question that always seems to arise in the interviews that invariably follow every hint at an improvement in US-Cuba relations is what might this mean for Caribbean tourism?

This, and variations on the same theme, all start from the premise that one day soon the US administration will allow all its citizens to travel freely to Cuba, and that the effect will be for visitors  to abandon the rest of the region, with disastrous economic consequences for the Caribbean  hospitality sector. Setting aside the oddity that the US, the nation that globally does the most to espouse freedom for others, only permits certain categories of its citizens travel to Cuba, it is striking how little is understood about the existing nature of travel to Cuba. Cuba is already a major Caribbean tourism destination. In 2013 it had a total of 2.8m foreign visitors, a number up by 0.5 per cent on 2012.

This did not include an additional 0.1m US tourists travelling under license on people-to-people and educational programs, or the additional 0.47m Cuban-Americans who visited friends and family, but who Cuba counts as nationals. This means that in total last year the island attracted some 3.17m stay over visitors, making it  roughly equivalent to Jamaica which reported some 2 million stop over visitors and 1.3 million cruise passengers in 2013. 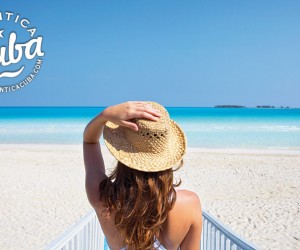 It also demonstrates that Cuba is, irrespective of US constraints, second only in  the region to the Dominican Republic in its number of arrivals. This is despite the fact that Cuba has virtually no cruise visitors because US laws make almost impossible calls by any vessel later wishing to enter a US port.

What is clear from this is that Cuba has been steadily growing its market without detriment to the  rest of the region and that the slow improvement in relations with the US, particularly under the  Obama administration, is not a zero sum game as far as the rest of the region is concerned. That said, the reality is that Cuba’s offering still has many minuses and the country would be hard pressed logistically to cope with any sudden upsurge in US visitors. For example, it is apparent to anyone travelling to Cuba’s principal cities that some of the island’s airports will need significant upgrading if they are to handle many more visitors.

Arriving recently at Havana’s Jose Marti Terminal 2, which is largely dedicated to US charters, a long wait for immigration was required, followed by a lengthy struggle to find my luggage among the chaotic array of cartons, flat screen televisions and almost everything else that filled the floor of the customs hall. There will also have to be a significant improvement in the quality and range of hotels outside Havana. At present the majority, while of good quality, principally cater for the mass market and it is rare to find anywhere able to reach the US standard of four and five star beach front properties that exist in the rest of the Caribbean. 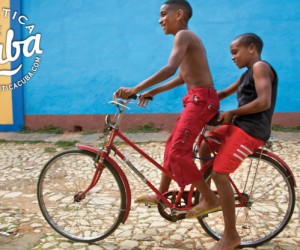 However, where Cuba wins over all other regional destinations is that as well as beaches it has vibrant cities, an extensive night life, art, culture, museums, a growing number of very good privately run restaurants, a well organized range of tours, and high levels of personal security. If President Obama were to agree further steps to normalize relations, the most likely is an arrangement whereby major US carriers provide scheduled services to the island, followed then perhaps by an easing of the travel ban. But even then it is unlikely that Caribbean destinations will suffer.

Far more likely is that once Cuba’s nationwide program of port improvement is completed, it will be Miami and US cruise companies  that will be bypassed in favor of other lines home-ported in Cuba. No one should be in any doubt that eventually travel to Cuba for US citizens will be much easier.

If  Cuba is able to improve its mix and the quality of hotels and develop a cruise industry, it could mean  that some Caribbean destinations, most likely those furthest from the US mainland in the Eastern  Caribbean, will have to dramatically improve their competitiveness.

That said, my best guess is that the region has at least a decade’s head start.

David Jessop is the Director of the Caribbean Council and can be contacted at [email protected].

Why immigration reform may not help the GOP – Washington Post (blog)