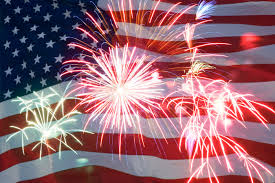 News Americas, NEW YORK, NY, Fri. July 10, 2015: This July Fourth marked only my second year as a naturalized citizen of the United States.

Last year, for the first time, I finally took the oath of citizenship, pledging allegiance to the United States. It was a significant day in my life as an immigrant.

There is an inexplicable pride I now hold dear in being able to carry the US passport and write or say my citizenship.

It is not an arrogant pride nor is it contempt towards the country of my birth. It is instead the feeling one has after one overcoming what seems like insurmountable odds. It’s like climbing Mount Everest and not just surviving but getting to the top.

For years I had envisioned the day I’d become a U.S. citizen; prayed for it and longed for it.

And when it did come in 2014, I cried in relief and joy; overcome by a tsunami of emotions.

You see, for over a decade I had waited and waited in the proverbial “line” we hear from clueless GOP lawmakers for my green card or permanent residency. Trapped in a backlog of labor certification approval and application processing I waited in hope while pushing forward, never giving up; using every challenge to climb upward – like so many immigrants before me had done.

And then the day of euphoria came – first the green card, then citizenship and the knowledge that deportation was now no longer a possibility and I could finally exercise my right to vote and truly be an American.

Only immigrants who have been on the long, dark road of backlogs, red tape and nightmares can understand this feeling.

And there it was again – on July 4th! Pride, comfort, relief and yes, some disbelief still!

I know it must be the same pride that the some 4,000 new U.S. citizens who became naturalized this July in the over 50 U.S. Citizenship & Immigration Services naturalization ceremonies across the country must feel.

Sadly there are millions of immigrants who call America home and are Americans in every way that matter, yet remain unable to even hold legal residency in this country.

This July Fourth, as I took care to secure the American flag to my front door, I thought of the many that fly the flag; take pride in it and hold this country sacred, yet are still undocumented, illegal and scared.

My heart went out to them, especially in light of the lack of movement in the Congress on any chances of immigration reform and the bashing of immigrants by the likes of GOP candidates like Donald Trump.

It’s hard always for people who have never walked in a person’s shoes to judge; to stereotype and castigate; to dismiss with the ignorant ‘get in line’ comment yet fail to be able to point to the line. The reality is that undocumented immigrants within these borders are ready to get in any line that leads to legalization and citizenship. They only ask that one be provided!

US Virgin Islands Have Been Struggling With Job Losses Since Hurricanes