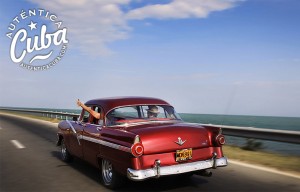 News Americas, LONDON, England, Fri. Mar. 13, 2015: At almost every industry seminar, experts from marketing and social media companies make clear that travelers, especially in valuable higher spending demographic categories, are seeking the authentic and an experience when they travel.

However, a relatively new allied global development in tourism is starting to attract criticism and raising questions about whether visitors should be able to take this further by buying unique experiences in places and buildings of historic significance.

What has been happening is that wealthy travelers are seeking not just the authentic sense of where they are visiting, but rather, as a part of their vacation, they are intent also on acquiring knowledge and having a unique experience that only they and their companions can ever share.

Recently as such visitors have sought to make their holidays special, a small number of specialist tour operators have been negotiating with the owners of private houses, historic sites and governments, special arrangements that enable very small numbers of visitors – sometimes just individuals – to enter areas usually closed to the public or which can only be seen from a distance.

Thus at the Alhambra Palace in Granada in Spain it is now possible for a privileged few to visit at night when the majority of tourists have departed. In Egypt too, a small number of privileged and invariably wealthy visitors accompanied by leading Egyptologists, can see areas within the Great Pyramid that are still being explored and excavated. A similar situation exists in other great cities in parts of Venice and even it seems at the Vatican.

What is happening is that historic places that are closed are now being opened to a small and very select few following often complex negotiations. This involves often a lengthy period of discussion with Government or the responsible authorities to enable for instance, the private viewings of art works not on public show in some of the world’s greatest galleries and museums such as the Hermitage in St Petersburg in Russia.

According to reports it does not end there. The Chinese authorities are giving consideration to allow small numbers of visitors to stand in a closed area on the floor alongside the terracotta warriors.

A further related development involves visitors being offered as a part of their tour a personal introduction to a political figure or being entertained to dinner by an important international figure such as the Former leader of the Soviet Union, Mikhail Gorbachev, leading British or US politicians or the world’s leading academic experts on a particular subject.

Another such approach involves retired political figures and former Ambassadors becoming guides to small numbers of visitors on tours in for instance Russia, China and Cuba. This involves the individual concerned not just giving a series of talks during the tour but also being available for what one brochure describes as ‘more informal conversations along the way’.

No doubt this is good business but it seems to suggest that close access and encounters with culture, history and even retired political leaders may soon only be available at a price to a privileged elite. It

offers too, potentially the spectacle of political leaders being willing to discuss issues in private that have never been explained fully to electorates.

Privileged access at a price brings other potential dilemmas relating to equity that are rarely if ever considered by governments or the industry. That is whether it is philosophically, politically or even morally right to allow very wealthy individuals to have access for a fee to locations or individuals that others might only ever see on television or dream about meeting.

So far this approach is hardly known in the Caribbean, where the possibilities are admittedly fewer, but it has interesting thought provoking implications for any Caribbean destination that might seek to broaden what it has to offer visitors.