Home Caribbean Barbados Which Caribbean Artist Will Perform At The Grammy’s? 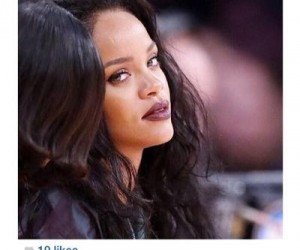 News Americas, LOS ANGELES, CA, Thurs. Jan. 29, 2015: A top Caribbean-born super star returns to perform at the Grammy’s 2015 next month along with two other superstars.

Bajan-singer Rihanna is set to perform at the 2015 Grammy Awards with Sir Paul McCartney and rapper Kanye West.

The 26-year-old is set to take the stage at the Staples Center in Los Angeles on February 8th with the legendary Beatles star and Kanye to perform their recently-announced collaboration, Four Five Seconds.

In the catchy song which is available on iTunes now.

The Sun quoted a source as saying: ‘’Rihanna’s seriously pleased to have bagged a big slot at The Grammys and two huge names to kick off her comeback.Paul McCartney’s a Grammys regular and it will give Rihanna serious kudos to have a Beatle backing her on stage. It is going to be a huge Grammys moment.”
Rihannna is also up for a nomination this year for Best Rap/Sung Collaboration for The Monster with Eminem.

Meanwhile, this year, Shaggy has been nominated for a Reggae Grammy along with Sean Paul,  Sly & Robbie & Spicy Chocolate and Ziggy Marley.

Pope says homosexuality is not a crime Loop Barbados