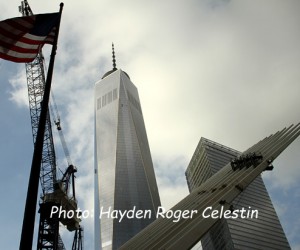 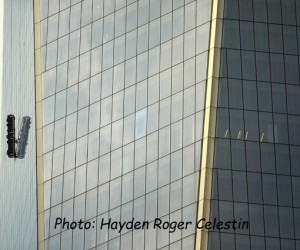 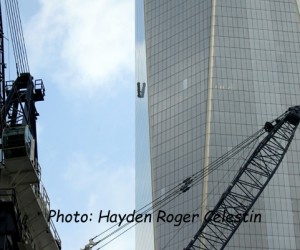 News Americas, NEW YORK, NY, Thurs. Nov. 13, 2014: Juan Lizama, 41, and Juan Lopez, 33, lived through almost two hours yesterday that will surely stick with them forever. The two luckily made it down alive yesterday afternoon after dangling precariously some one-and-a-half hours, 68 stories above the streets of Lower Manhattan at 1 World Trade Center Wednesday.

The workers were in harnesses and secure while they were trapped, fire officials said. Fire crews eventually got to the two men after cutting through a window 68 stories up using a diamond saw and gingerly pulled them in inside to safety about 2:15 p.m.

Upgrade Services, the company the window-washers work for, said, “the cause of the incident appears to be equipment failure of the traction hoist brake mechanism that supports one side of the rig.”

The men have been washing windows for 14 and five years, respectively, WNBC reported.