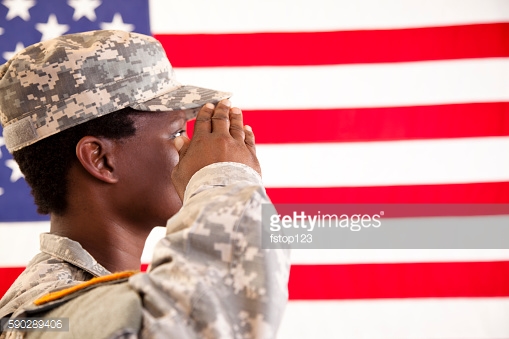 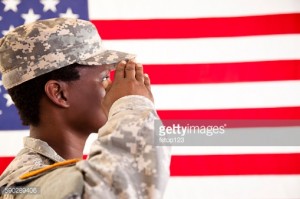 News Americas, NEW YORK, NY, Fri. Mar. 3, 2017: There is no denying the contribution of foreign-born immigrants and women to the U.S. armed forces and Caribbean-born women are undoubtedly making major contributions at some of the highest levels of service in the U.S. Armed Forces today. Here are five you should know this Women’s History Month:

United States Coast Guard Officer, Lt. Jeanine McIntosh Menze holds the distinction of becoming the first black female pilot in the history of the U.S. Coast Guard. Lieutenant Menze was born in Jamaica in 1979 and is now just one of two black women pilots in the entire Coast Guard.

McIntosh was born in Kingston and attended the Vaz Preparatory School there, before her family moved to Canada and later to South Florida. There she graduated from the Miami Killian High School in May 1997 and the Florida International University in May 2001, where she pursued an international business degree.

After graduating from Florida International University in 2001, she decided to pursue her dream of flying, taking flying lessons at North Perry Airport in Pembroke Pines (Broward County, Florida) she decided definitively to begin a career in the sky, enrolling in flight lessons at the North Perry Airport in Pembroke Pines. It wasn’t long before Menze found work as a flight instructor at Miami’s Opa-Locka Airport, where she met two Coast Guard Flight Mechanics who sparked her interest in becoming a member of the Coast Guard herself. Before a year had passed, she was accepted for training at the Coast Guard Officer Candidate School and following her graduation in 2003, officially joined the Coast Guard. Two years later, Menze entered Coast Guard Aviation training at the Naval Air Station in Corpus Christi, Texas, where she received lessons in flight patterns, instruments, and prepped for missions. Menze joined the U.S. Coast Guard in 2003 after graduation from the Coast Guard Officer Candidate School.

She began Coast Guard aviation training at Naval Air Station Corpus Christi, Texas in January 2005. She earned her aviator wings on June 24, 2005 and was assigned to fly HC-130 Hercules aircraft out of Air Station Barbers Point, Hawaii. After graduation she served as a pilot of the HC-130 Hercules airplanes and flew rescue missions for the U.S. Coast Guard in New Orleans following Hurricane Katrina and responded to the catastrophic earthquake that shook Haiti in 2010. Menze holds the rank of Lieutenant.

Major Marisol A. Chalas is currently serving as the Battalion Operations Officer for 1-158th Aviation Regiment in Conroe, TX. She was born in Bani, Dominican Republic and moved to United States with her family to Massachusetts at the age of nine.  MAJ Chalas began her military career as an enlisted Soldier in the Army in July 1990.  In 2001 MAJ Chalas received her commission as Second Lieutenant in the Aviation branch from the Georgia Military Institute Officer Candidate School.

Captain Devicka Sahadeo is currently a AMEDD Recruiter with the 1st Medical Recruiting Battalion at the American Military University in Boston, MA.   Captain Sahadeo was born in Guyana and migrated with her family at age five to the U.S. She was encouraged to join the Military by her older sister who was already serving in the military. She took her sister’s advice and joined and hasn’t regretted one moment of her stint in the military so far. Her sister was a nurse and rose to the rank of Major before she left.

Captain Sahadeo has been a member of the United States Military for over 13 years. She has toured quite a few countries, including stints in Iraq where she served from 2005-2006. Other countries include Britain, Germany, Australia, Bahrain, Haiti, and Columbia. Captain Sahadeo She holds a BSC in Psychology and is at present pursuing her Masters’ in management.

Command Sergeant Major Maria V. Martinez serves currently as Senior Enlisted Advisor to the Director of the Army Diversity Office in the Pentagon, Washington D.C. She was born in Rio Piedras, Puerto Rico a section of San Juan, the capital of Puerto Rico. Her family moved to Chicago, Illinois when she was a child. There she received her primary and secondary education.

On January 28, 1981, Martinez joined the United States Army and received her basic recruit training at Fort Leonard Wood, Missouri. After graduating from basic training, she was sent to Fort Lee, Virginia, for advanced individual training. During her years of servitude, she was assigned to various jobs and advanced through her military promotions from Private (E-1) to Staff Sergeant.

On December 1, 1998, Martinez was promoted to Command Sergeant Major. In the U.S. Army, “Sergeant Major” refers to both a military rank and a specific administrative position.

She is the recipient of two Legion of Merit medals and was recognized in 1989, as the “Soldier of the Year” by the Milwaukee Recruiting Battalion.

Marine Corps Lt. Col. Marshalee Clarke is currently a Marine Corps Congressional Appropriations Liaison at the Office of Legislative Affairs at the Pentagon. She was born in Jamaica and enlisted in the Marine Corps in May 1997. Lt. Col. Clarke was commissioned in December 1999 after completing the Platoon Leaders Course. Upon graduation from the Basic School in 2000, she attended the Financial Management Officer’s Course at Camp Johnson, North Carolina. Clarke holds a doctorate in management with a focus in Sub-Saharan Africa, a master’s degrees in public administration and in international management, a Master of Business Administration, a bachelor’s degree in psychology and a certificate in project management. She is also a graduate of the Naval War College Command and Staff College and the Marine Corps Amphibious Warfare School. Her personal decorations include the Meritorious Service Medal, Joint Commendation Medal, Navy and Marine Corps Commendation Medal, the Navy and Marine Corps Achievement Medal and the Outstanding Volunteer Service Medal.

5 Things Bajans should do when there is bad weather ...