News Americas, NEW YORK, NY, Fri. Sept. 23, 2016:   One in 6 people in the word rely on imports to feed them today and the Caribbean region is no exception. It continues to import most of its food even though most of the land is fertile and prime for agricultural exports. The total food imports for the Caribbean and Latin America regions were put at over USD 67 billion in 2014. More than US$2 billion is spent on the annual food import bill by Caricom countries alone which have a combined population of only six million people. Here are 8 Caribbean nations that import most of its food according to latest data from the Food and Agricultural Organization, (FAO) and the World Trade Organization (WTO):

Cuba is the number one importer of food with a bill of USD 1.8 billion in 2014 alone. By contrast, the island’s food export was put at USD just 499 million.

The Dominican Republic may have a thriving food export market but it still imports a lot of its food – in fact the second highest of any Caribbean island with a food import bill according to latest figures at USD 1.4 billion in 2014. That same year, the DR exported USD 793 million in food.

According to latest data available, The Bahamas’ food imports were valued at $1.1 billion worth. Of this amount, approximately 60 to 70  percent is channeled toward the retail sector, while the remaining 30 to 40 percent is directed toward the  hotel, restaurant, and institutional (HRI) food service sector.

Haiti imports a whopping USD 911 million in food to the island for its population of 10.2 million people. By contrast, its food export is only USD 18 million as of 2014.

The twin-island Republic of Trinidad and Tobago imported USD 756 million in food in 2014 alone for its population of 1.3 million while it exported only a fraction of that amount – only a meager USD 114 million.

Barbados’ food imports in one year were put at USD 242 million compared to its food export total of US $47 million.

Guyana, a country of 83,000 square miles of agri-rich farm land that was once positioned as the bread basket of the Caribbean today imports USD 202 million of food according to the FAO data. By contrast, however, the country’s food exports was put at USD 387 – not as bad as many other neighboring islands and definitely more than its imports. 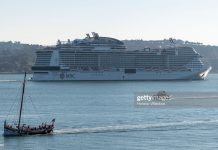 Brazil to U.S.: Help Us Move Past NSA Controversy