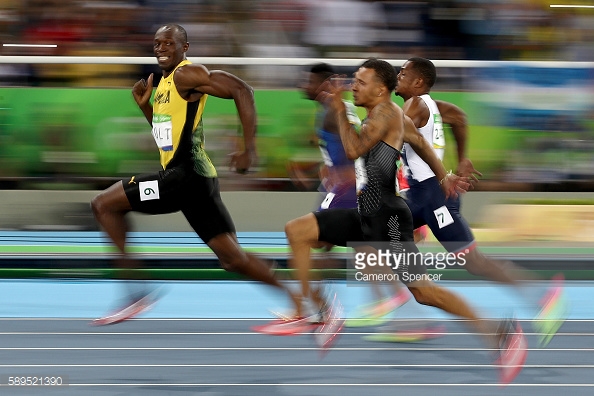 This was undoubtedly the image of 2016 for the Caribbean and the world. Usain Bolt of Jamaica made history to become a triple Olympian at the 2016 Rio Olympics and he did it seemingly easy, as this picture shows on August 14, 2016 in Rio de Janeiro, Brazil. (Photo by Cameron Spencer/Getty Images) 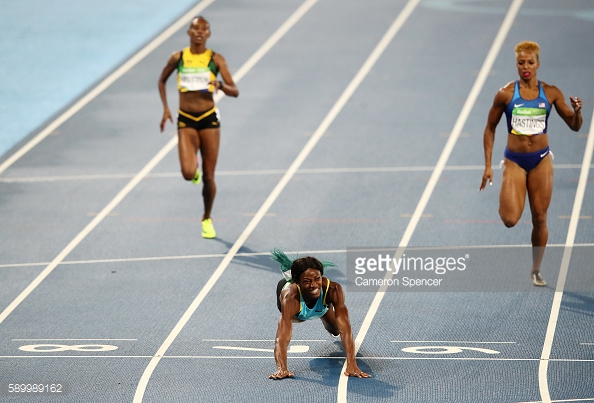 On Day 10 of the Rio 2016 Olympics, August 15, 2016, Shaunae Miller of the Bahamas stunned the world and created a social media firestorm as she dived over the finish line to win the gold medal in the Women’s 400m Final at the Olympic Stadium in Rio de Janeiro, Brazil. Miller later said her legs gave out. (Photo by Cameron Spencer/Getty Images 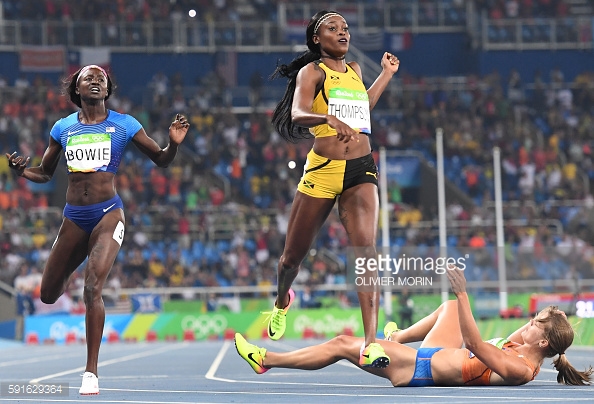 Jamaica’s Elaine Thompson (2nd L) became the spring queen of 2016 after winning the 100 and 200-m gold medals in Rio. Here she crosses the finish line in dramatic fashion ahead of silver medallist Netherlands’ Dafne Schippers (R) and bronze medallist USA’s Tori Bowie to win the Women’s 200m Final during the athletics event at the Rio 2016 Olympic Games at the Olympic Stadium in Rio de Janeiro on August 17, 2016. /(Photo credit: OLIVIER MORIN/AFP/Getty Images) 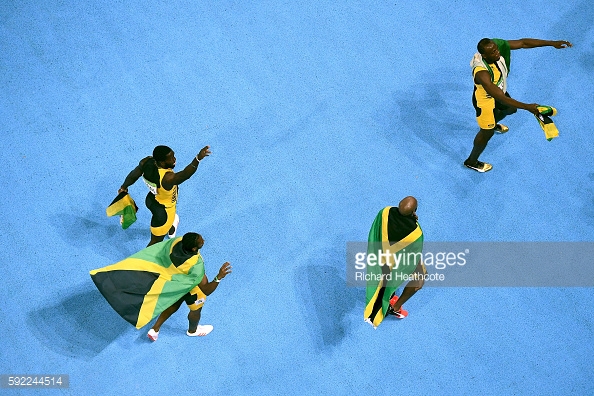 Jamaica dominated athletics in Rio. This photo says it all as Usain Bolt of Jamaica celebrates with teammates Asafa Powell, Yohan Blake and Nickel Ashmeade after they won the Men’s 4 x 100m Relay Final on Day 14 of the Rio 2016 Olympic Games at the Olympic Stadium on August 19, 2016 in Rio de Janeiro, Brazil. (Photo by Richard Heathcote/Getty Images) 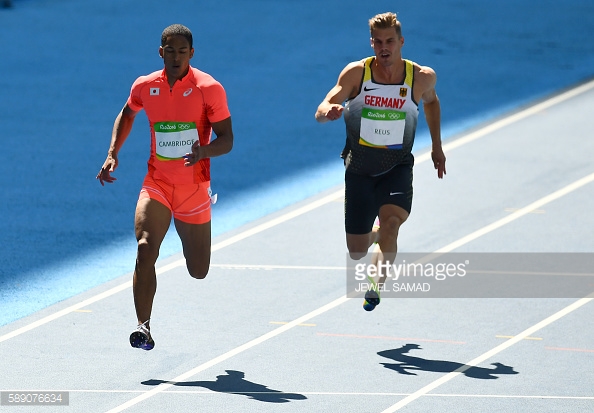 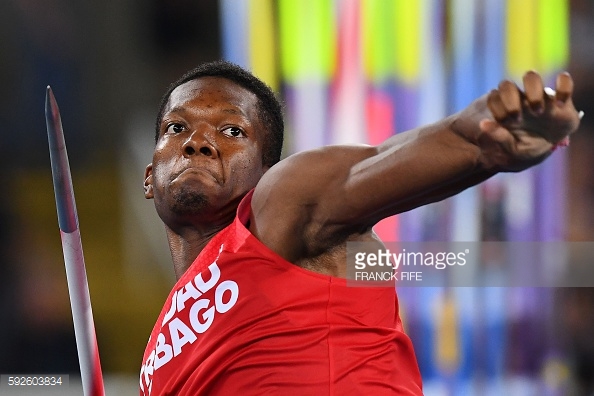 Keshorn Walcott of Trinidad and Tobago gave his country a bronze medal in the Men’s Javelin Throw Final during the athletics event at the Rio 2016 Olympic Games at the Olympic Stadium in Rio de Janeiro on August 20, 2016. (Photo credit: FRANCK FIFE/AFP/Getty Images) 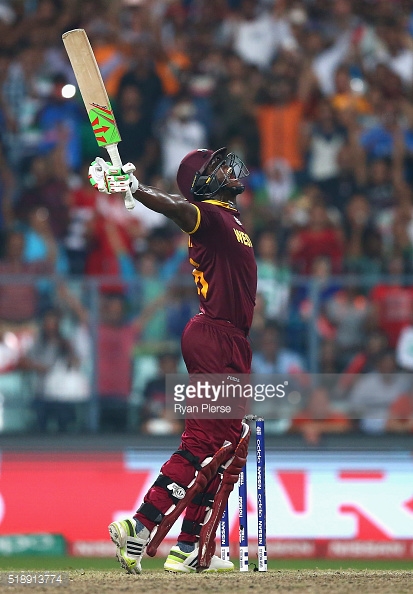 West Indies Cricket has been in decline for a long time but the star of Twenty-20 World Cup final this year undoubtedly belonged to Carlos Braithwaite  who led the West Indies to victory in the ICC World Twenty20 India 2016 Final match between England and West Indies at Eden Gardens on April 3, 2016 in Kolkata, India. (Photo by Ryan Pierse/Getty Images) 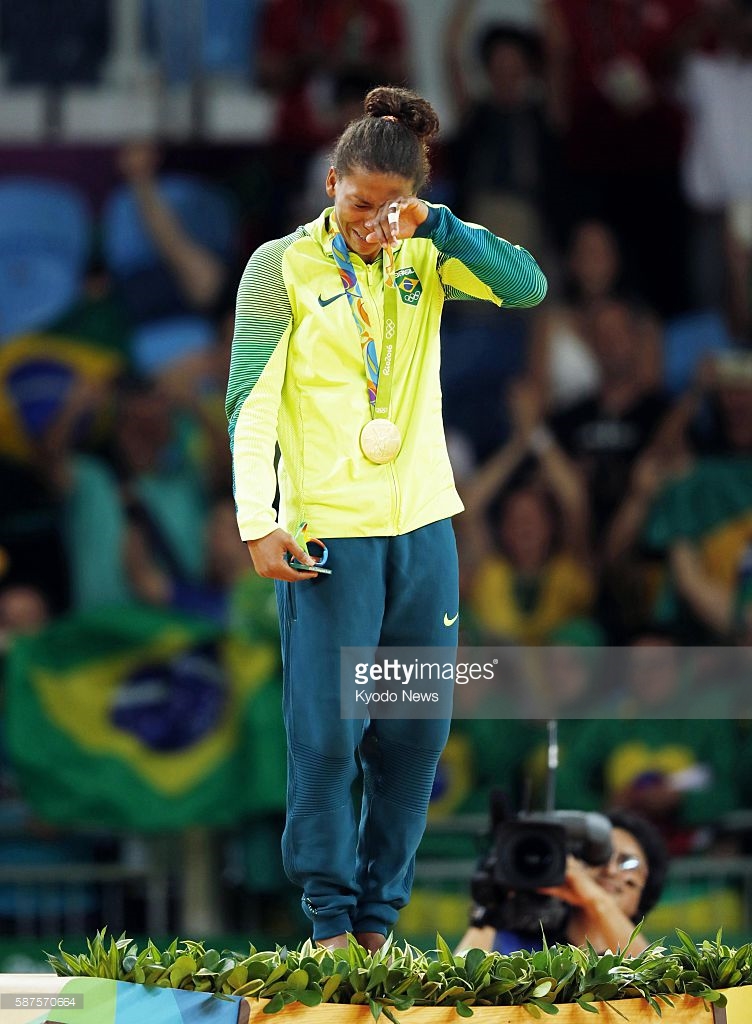 Brazil’s Rafaela Silva of the City of God was overcome with emotion on the podium after winning the women’s 57-kilogram judo gold at the Rio de Janeiro Olympics on Aug. 8, 2016. The notorious Cidade de Deus, or City of God, is Rio’s famously violent favela. It acquired its notoriety after a 2002 film which chronicled its decline into drug battles, criminal rivalries and excessive violence between the 1960s and 1980s. (Photo by Kyodo News via Getty Images) 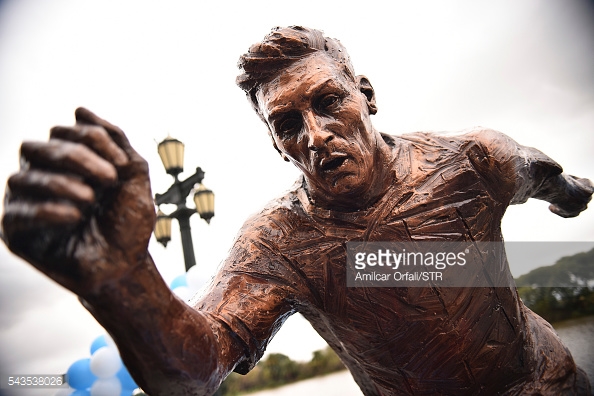 Argentina paid tribute to legendary soccer player Lionel Messi statue at Paseo de la Gloria on June 28, 2016 in Buenos Aires, Argentina. Messi, who had announced his retirement from international football following a loss in Copa America final match against Chile on July 3, 2016, was back playing for Argentina against Colombia as part of FIFA 2018 World Cup Qualifiers at Bicentenario de San Juan Stadium on November 15, 2016 in San Juan, Argentina. (Photo by Amilcar Orfali/LatinContent/Getty Images) 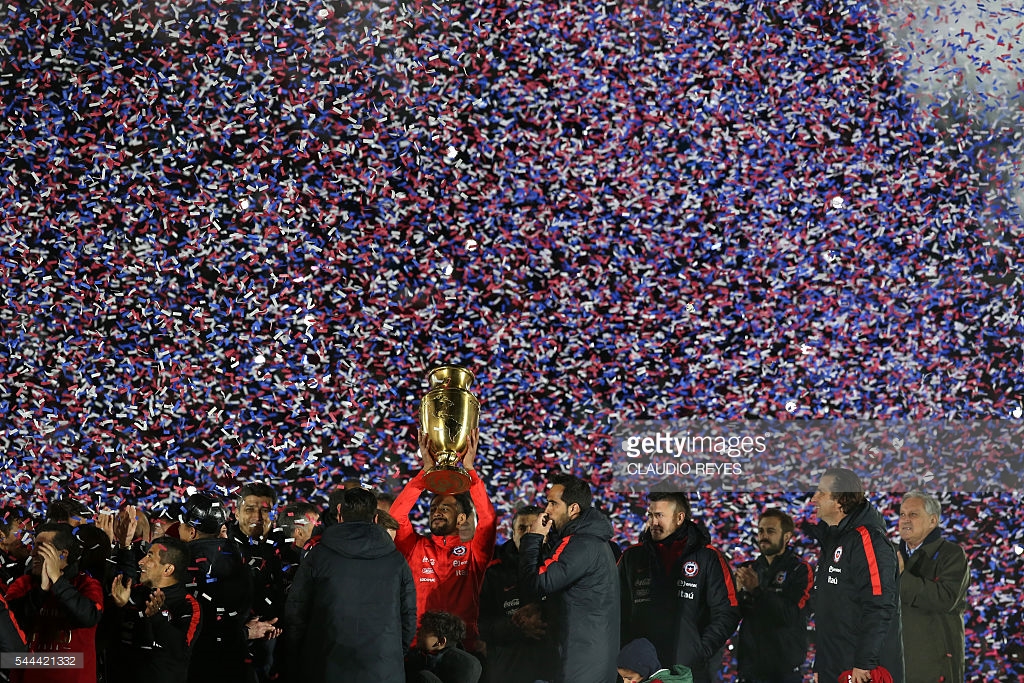