Home Caribbean Barbados 2016 – The Year Rihanna Kept Her Clothes On 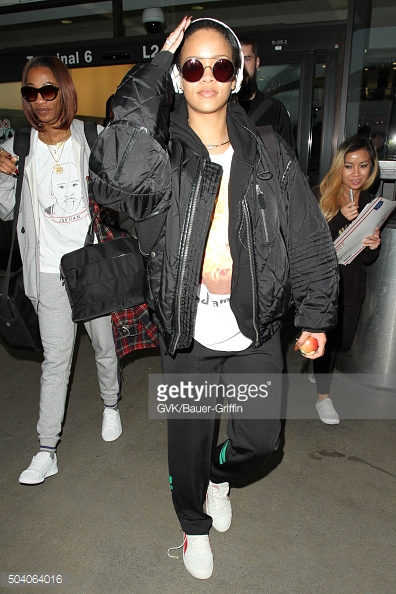 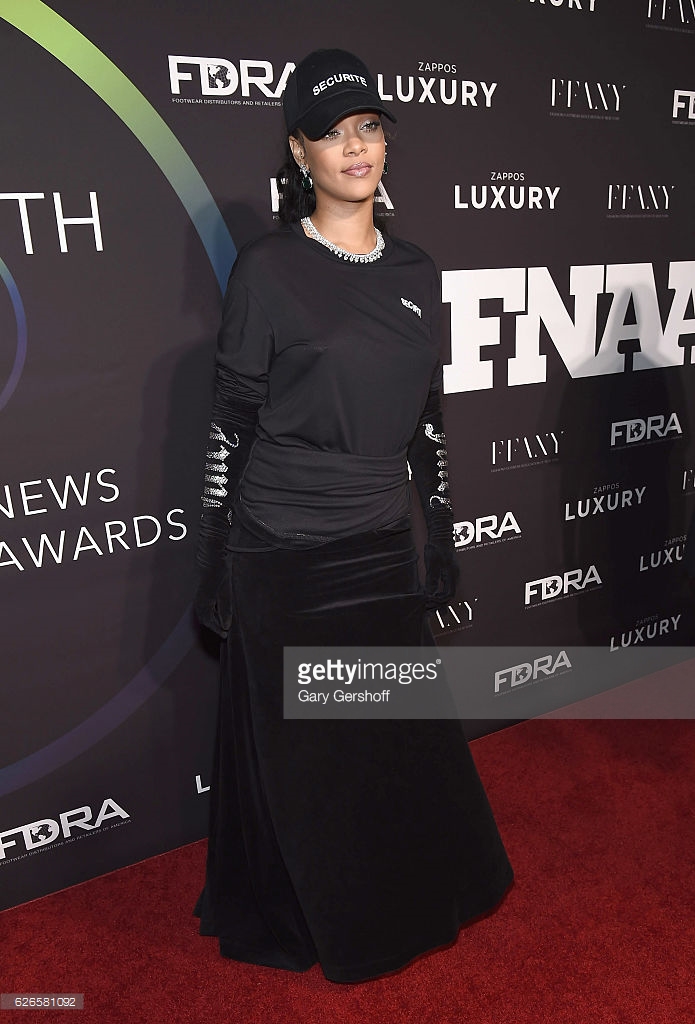 News Americas, NEW YORK, NY, Weds. Dec. 21, 2016: Let’s face it! Ever since Bajan star Rihanna burst on the scene, she has evolved from a good girl to a bad girl, having no problem in taking her clothes off and showing all off all times with little left to the imagination. But in 2016, RiRi seemed to have evolved again – into a lady as she spent most of the year with her clothes on and showing off a more refined and at times relaxed image.

In January, RiRi kicked off the year, all covered up at the LAX airport on January 08, 2016 in Los Angeles, California. (Photo by GVK/Bauer-Griffin/GC Images) The trend continued with Rihanna covered from head to toe as she attended the FENTY x PUMA by Rihanna fashion week launch at 23 Wall Street on February 12, 2016 in New York City. That trend continued into the fashion show and even at the Brit Award in Feb. and at the 2016 MusiCares Person of the Year honoring Lionel Richie on February 13, 2016 where the Bad Girl only tastefully flashed some leg and cleavage.  (Photo by Kris Connor/WireImage) 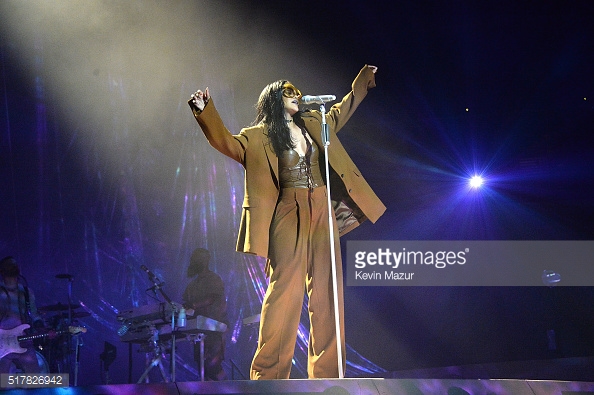 In March, Rihanna was rocking a ‘boyfriend suit’ as she performed during her ‘Anti World Tour’ at Barclays Center of Brooklyn on March 27, 2016 in New York City and she was also very covered up while attending a basketball game between the Golden State Warriors and the Los Angeles Lakers at the Staples Center on March 6, 2016 in Los Angeles, California.. (Photo by Kevin Mazur/Getty Images for Fenty Corp) 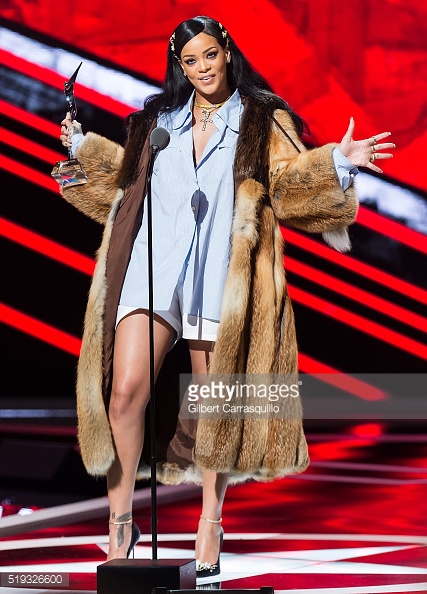 In April, she was furrtastic as she showed a decent amount of leg with a brown fur coat over as she attended the Black Girls Rock! BET event in New York City. (Photo by Nicholas Hunt/BET/Getty Images for BET) 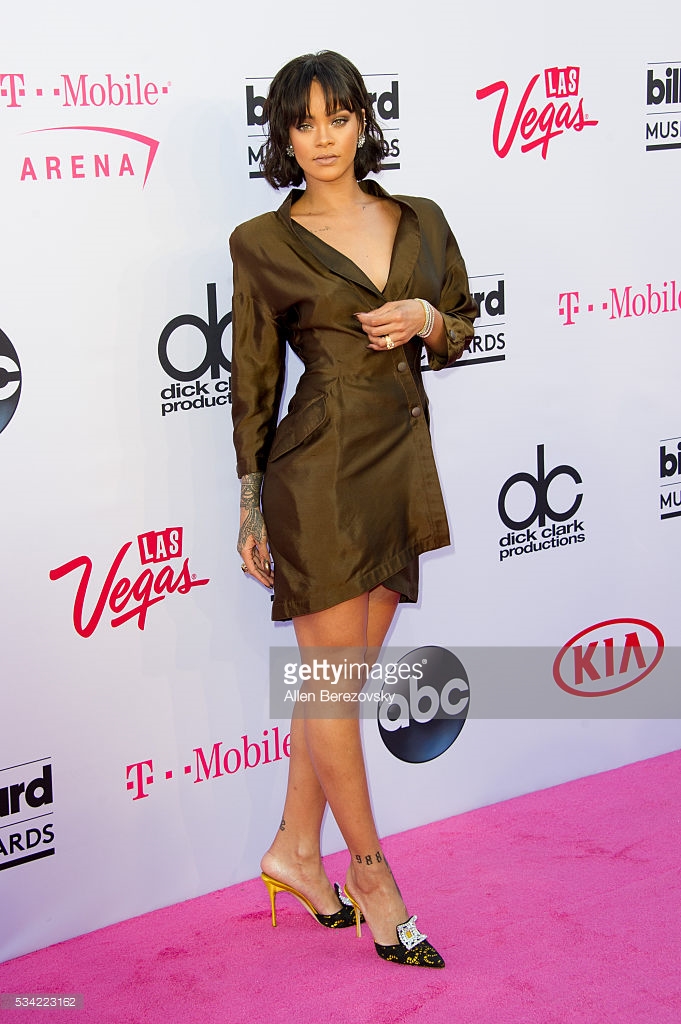 In May, Rihanna was a picture of elegance and sporting shorter hair at the 2016 Billboard Music Awards at the T-Mobile Arena on May 22, 2016 in Las Vegas, Nevada. (Photo by Steve Granitz/WireImage) 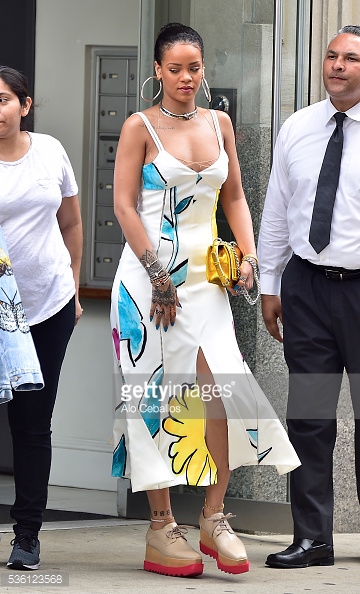 She was almost unrecognizable in New York City’s Soho in June in this almost regular number. (Photo by Alo Ceballos/GC Images) 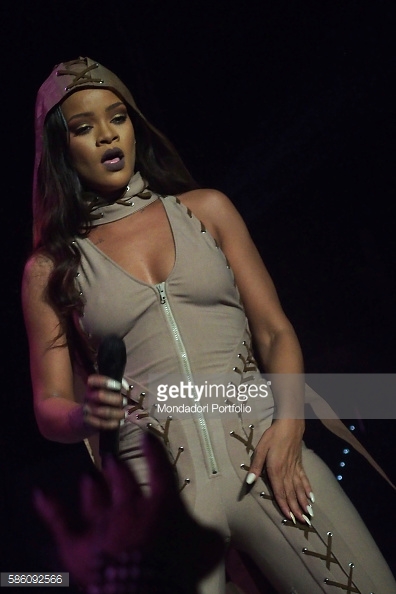 Even at her concert at the PalaAlpitour during a leg of her Anti World Tour. Turin, Italy in  July 2016 she was sexy but covered.  (Photo by Marco Piraccini\Archivio Marco Piraccini\Mondadori Portfolio via Getty Images) By August Rihanna was sexy but still largely covered as she worked it at the 2016 MTV Video Music Awards at Madison Square Garden on August 28, 2016 in New York City where she also received The Video Vanguard Award . (Photo by Jason Kempin/Getty Images) 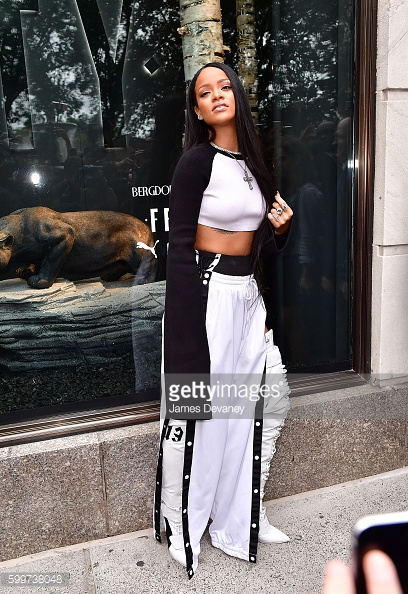 Sexy but elegant defined the look in September as Rihanna attended  the Launch of FENTY PUMA By Rihanna at Bergdorf Goodman on September 6, 2016 in New York City. She was also a picture of elegance as she walked the runway during FENTY x PUMA by Rihanna at Hotel Salomon de Rothschild on September 28, 2016 in Paris, France. (Photo by James Devaney/GC Images) 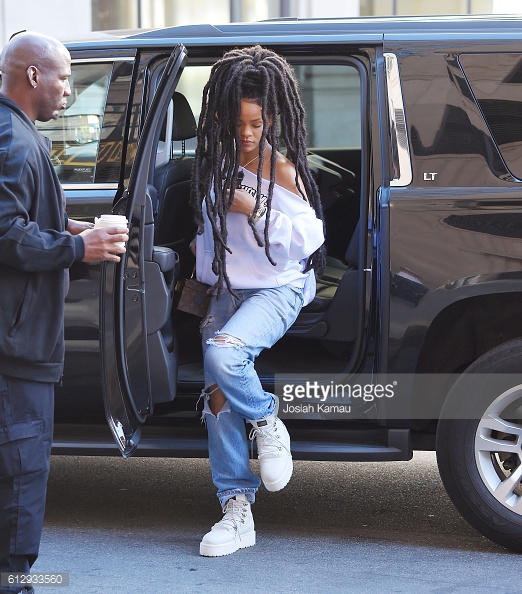 Rihanna, sporting locks in October, was almost unrecognizable and could have been another island Rasta girl as she was seen here entering an office building in Manhattan on October 05, 2016 in New York, New York. She carried the look into her night out and into the lead up to the 2016 US election where she kept her locks but sported a Hillary Clinton supporter t-shirt in Manhattan on October 19, 2016 in New York City.  (Photo by Josiah Kamau/BuzzFoto via Getty Images) 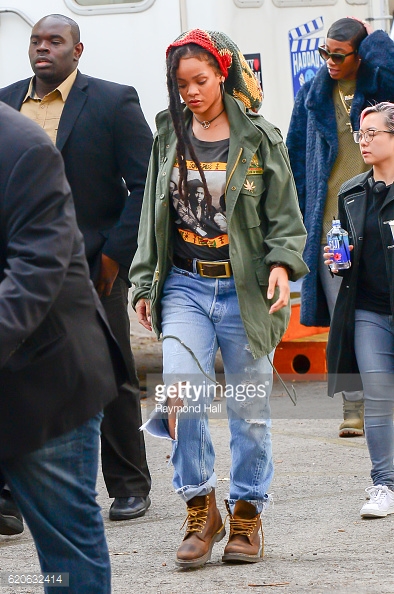 By November, Rihanna was full into the dreadlocked character on the set of ‘Ocean’s 8’ on November 2, 2016 in New York City, keeping the locks for much of her outings publicly that month. By the end of the month, she had dropped the locks for a total lady like transformation as she attended and performed at the Golden Anniversary Spectacular Mega Concert for her country’s 50th independence anniversary  where she sat aside Prince Harry and entered with Prime Minister of Barbados Freundel Stuart at the Kensington Oval Cricket Ground on Nov. 30,2016.   (Photo by Raymond Hall/GC Images) Riri ended the year as she started it – covered up  – as she arrived on the set of Ocean’s Eight in Brooklyn on December 3, 2016 in New York City. (Photo by Raymond Hall/GC Images)

Krispy Kreme to open in Jamaica in 2023 Loop Barbados