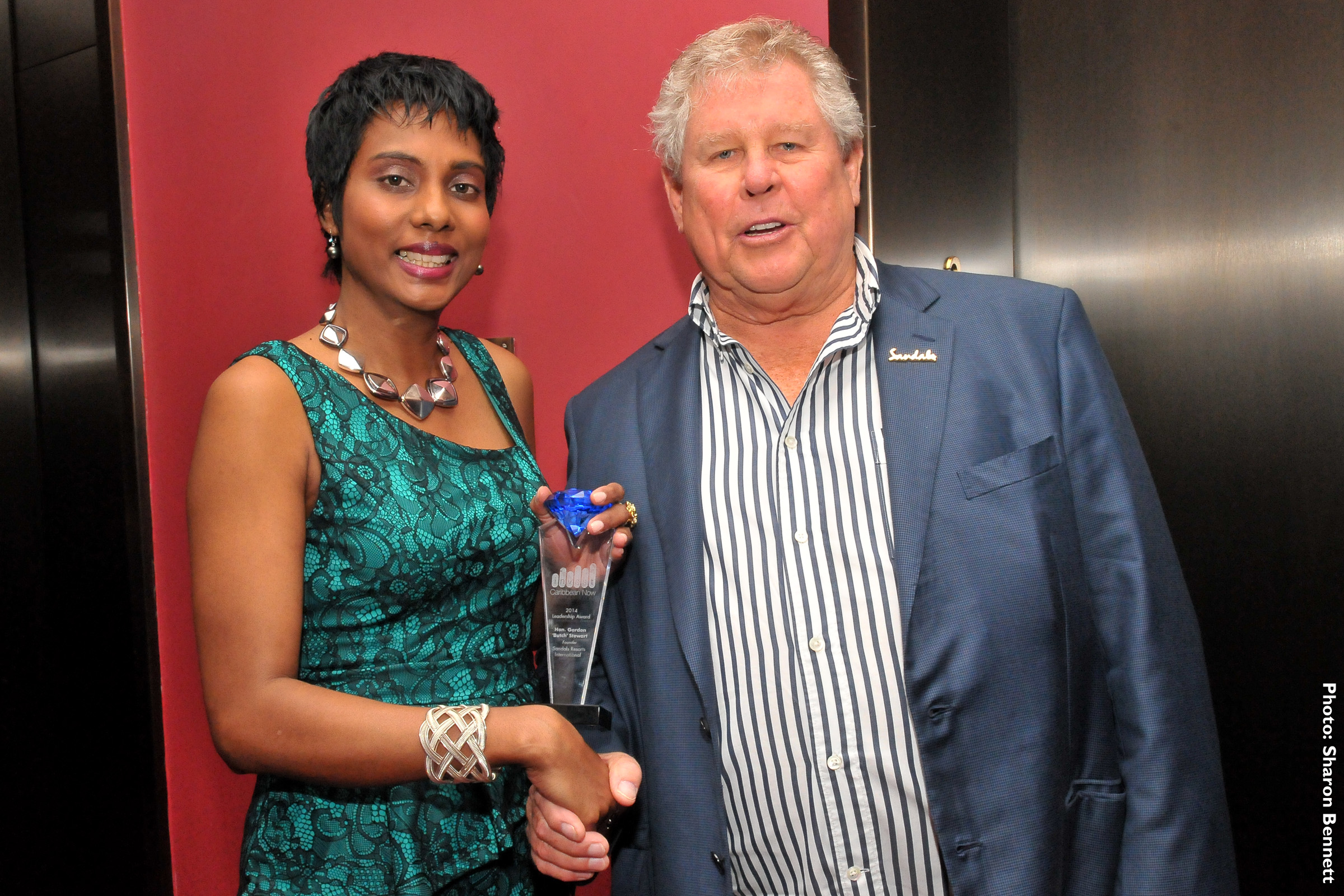 News Americas, BRONX, NY, Fri. Oct. 31, 2014:  We have all heard the adage – never give up on your dreams. More often than not, however, reality points people in directions away from those dreams. Yet there are some, who, in spite of all the challenges and obstacles, persist with their dreams because their passion supersedes everything else. Felicia Persaud is one such person. And while she may not have achieved runaway financial success, the overflowing cup of accolades is soothing recognition.

This dynamic, yet humble young woman grew up shuttling among Logwood, Enmore and Paradise on the East Coast of Demerara, Guyana, first with her maternal grandmother, two aunts and four uncles and then with her parents. “My granny, aunts and uncles instilled in me the need for education early on so at a very early age I was reading ferociously,” Felicia disclosed. Because she disliked kindergarten, Felicia started out primary school early, wrote the common entrance at nine and won a place to Queens College, where she completed the CXC Exams at age fifteen.

However, being too young, she had to take one year of ‘A’ Levels, while waiting to be accepted into the English, program at the University of Guyana “because I was consumed with becoming a writer…” One year later she switched to Mass Communications as she found English to be “a lesson in literature history and poetry analysis.” While studying at UG, Felicia worked in various jobs that allowed her to obtain training as a broadcaster and in print media. Upon graduation in 1993, she worked as an account executive at the then Prime Time Advertising and later as Parliamentary Secretary to then WPA Member of Parliament, Dr. Rupert Roopnarine.

Felicia migrated to the US in 1996, where she came face-to-face with the inevitable culture shock and immigration reality check. She pottered around in low paying jobs in the print media, then worked briefly at the International Rescue Committee, a refugee organization, while freelancing with several publications, including the New York Daily News, the African Times, Caribbean Voice and Black Elegance Magazine. She also worked as a researcher for public television and as managing editor at the New York Trend newspaper.  Still not finding exactly what she was looking for, Felicia collaborated to start Caribbean Net News.com before launching her own online news service, Hardbeatnews.com. This later became CaribWorldNews and three years ago was rebranded as NewsAmericaNow.com (NAN) to capture both the Latin and Caribbean market share. NAN is syndicated across 22 other news sites today.

In 2005, Felicia worked as a weekly contributor to the NY Daily News Caribbeat in Focus section, while launching CaribPR Wire, the only PR wire of the Caribbean, which is now part of PR Newswire, the biggest press release distributor in the world; CaribPR Wire is its official Caribbean PR distributor, offering clients discounted global distribution. Both NAN and CaribPR Wire are part of, Hard Beat Communications, a PR and marketing agency, which has worked with many major brands to market the Caribbean in the U.S. and the region as well as doing media buys in Africa and Latin America.

In 2011, came the Invest Caribbean Now (ICN) power forum in collaboration with the Caribbean Tourism Organization, which is today know as the ICN Summit. The ICN, which just completed its fourth year in June and has honored top business leaders including Sir Richard Branson and Gordon ‘Butch’ Stewart, is currently exploring a micro-fund for the region.

A workaholic by any yardstick, Felicia’s time away from her company is spent meditating; exercising; catching up on TV, including soaps; reading; meeting friends over a great meal at a good restaurant; spending time with family in the US, especially her Aunt Marina, brother Rawle and cousin Alex as well and calling her parents back home weekly. Not surprisingly, she describes this packed routine as ‘quiet,’ although she is trying to take more time away from work.

So what does this dynamic pioneer do for recreation? “I love puppies (she shares her Aunt’s silky terrier, Cody)… I love to travel and I love good food, experiencing high-end restaurants and different foods, and cooking shows….(and) experimenting with the dishes,” said Felicia. She also listens to music and explores new places. “I hate the travel to get there but love new destinations and experiences,” she revealed.

The flip side? “I dislike liars, racists and people who seem to have no originality but must always copy and replicate instead of understanding we can collaborate to achieve bigger things,” Felicia shared.

And while she’s learning to be more diplomatic and less easily angered she really, “hates stupidity, lack of professionalism, arrogance, disrespect and poor service.” Also, because Felicia considers herself a perfectionist, when things don’t go according to plans she becomes peeved, but is “also learning to let go.”

Now that Felicia has found her niche, she’s really hopeful that she “can acquire wealth in order to make a real difference in the lives of those around me and those in need, especially those who are homeless and hungry”. She is also looking for “real love…” but while “love and fate have not been kind to me I still believe in happy endings. I really want to find a guy who is spiritual but also smart, funny and loving.” And even though she’s not big on children,  “… maybe one day I will be able to mother someone and actually succeed at it.”

Though her business was hit hard by the recession of 2009, Felicia is happy that “we are still afloat and pushing on.” Thus she has no regrets. “I simply have learnt that’s wasted energy…I may have a bad day when I cry and get down and beat up on myself a bit but by the next day I’m bouncing back and looking for solutions or simply forgiving and letting go of the past and things I can’t control.” And she takes motivation from the many accolades earned in the past 18 years, which “have been humbling especially since there are times when I’ve questioned if what I’m doing is not simply a complete waste of time.”

These accolades include many writing, journalism and community activism awards, among them the New York Association of Black Journalists Award; the Independent Press Association Award for excellence in writing; the Congressional Proclamation For Outstanding Community Service; the New York State Assembly Proclamation, For Outstanding Community Service; the National Leadership Award and Business Woman of the Year Award from the National Republican Congressional Committee.

Now considered one of leading resource personnel on issues relating to the Caribbean world, Felicia has been quoted in leading media around the world, including the International Business Times; the Associated Press; the New York Times; Reuters; ABC News and the Washington Post. She has also had a plethora of radio and TV appearances including BBC Radio; The Brian Lehrer Show; France Television; CNN International and ITV. And to top things off Felicia currently sits on the board of the Bowling Green Association, the Sino-American Friendship Association and the Monroe College School of Hospitality Management and Culinary Arts.

Her business aside, Felicia is very passionate about U.S. immigration laws and Caribbean self-identify. She is the founder of CARIB ID, a lobbying group that is pushing for Caribbean nationals to have their own category on U.S. Census forms. In 2009, she secured a bill in the U.S. Congress and U.S. Senate to this effect and at present is pushing the U.S. Census Bureau to name a Caribbean national to its National Race & Origin Committee and to include a Caribbean race category on the 2020 census form.

Felicia also writes a weekly column on immigration for the New York Amsterdam News and is up to her 99th open letter to President Obama. And it is in this context that her disappointments are located. “I continue to be disappointed that Caribbean people in the Diaspora don’t always get the bigger picture…understanding that collaborations, like the Jews or Hispanics have, is what helps achieve wealth and greatness within communities.”

Also, Felicia feels that the Caribbean region is stuck on neo-colonialism, “where people and corporations suck out the resources of the region but give back nothing and then dismiss it as too small.” She also believes that the region is disrespected and, as an example, points to the fact that “the Obama administration just hosted its second summit on Africa” while “CARICOM leaders have asked President Obama since he took office for one for the Caribbean but we still have nothing.”

She insists that, “Real money must be spent to harness the Diaspora and amass a data base of Diaspora nationals while marketing to them, getting them to vote, contributing to a Diaspora fund to build both sides of the water…(and) the Diaspora must sit at CARICOM Summits and their agendas incorporated into the overall summit agenda.” In effect, “Progress will only come when we move beyond the borders and engage in lobbying together – first for a category on the census, then for global economic investment.”

Added Felicia: “… without a bloc, without a major market that’s accounted for and documented, without a major media house, without funds that invest in small to medium businesses to create jobs and grow wealth in our communities, we have no power and are useless.”

In looking back at how far she has come, Felicia reflects on the many challenges she’s faced and continues to face. In particular, “there is the still daily challenge of trying to operate a business without any real financial investment and one that focuses on a niche market that is disrespected and ignored so often times you feel like you are a giant failure.” But through it all – both personal and professional tests – the lesson learnt is clear:  “Things always work themselves out… just let go and let God, whoever He may be and whatever He may mean to you, take charge.”

Cop charged with rape of boy; gets $200K bail

24% reduction in workplace fatalities for 2022 so far – Labour Minister