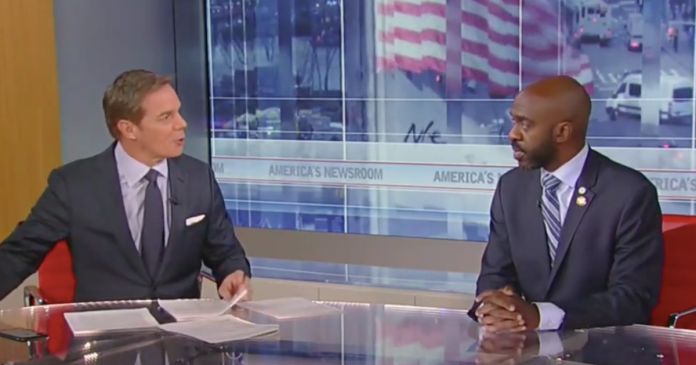 News Americas, NEW YORK, NY, Weds. Nov. 27, 2019: New York Assemblyman Michael Blake, the son of Jamaican immigrants, the Democratic National Committee’s Vice Chair and a candidate for congress in the Bronx, appearance on Fox News Tuesday morning went viral because, as most folks know, Jamaicans, even if they were not born in Jamaica, take no BS – ever!

Words like “tussle,” “awkward” and “hijacked” were last night being used in headlines to describe the encounter between Blake and the F-Network’s Bill Hemmer. But for Hemmer’s sake, he is lucky that Blake is not a real “Yard Man” as the headlines would be a lot more colourful.

So, here’s how it would have gone if this Real Yard Man and not Michael Blake was interviewed by BH.

BH: What do you think of Tucker Carlson’s theory that Michelle Obama would run for president in 2020. Would you like to see the former first lady campaign for the presidency?

BH: Alright, well I mean his opinion there was that Michelle Obama may get in this race. Do you think that will happen or is it not going to not?

RY: Listen here pussyhole. Me chat bout whatever the bloodcleet me waant. Suh hear me now fuh real – you, Fox News and Carlson can guh suck out you mumma. Ah dat me gat fuh seh!