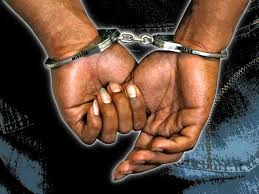 Hutchinson was arrested in Ajax, a town in Ontario, Canada located 16 miles east of Toronto.

It is alleged that Hutchison was part of a death squad in Jamaica which was responsible for as many as 40 murders in Jamaica. The alleged death squad included eight or nine Kingston, Jamaica based police officers.

Hutchinson entered Canada legally in 2011 to visit family. It is alleged that shortly before entering Canada, Hutchinson was involved in the murder in Jamaica of Sylvester Gallimore.

Hutchison is in custody pending his removal to Jamaica to face the charges.

In April, the commission cited cases in which nine civilians were killed in Clarendon in shootings initially believed to have been carried out by civilian gunmen. One man was shot dead in hospital, where he was recovering from an initial attempt on his life.

In all, 11 officers from the Clarendon police division, including Hutchinson, were charged with murder earlier this year. The commission has refused to confirm the existence of police death squads, but has instead referred to officers under investigation for “unlawful killings” between 2009 and 2013. It has also been looking into whether superiors ordered subordinate officers to carry out the killings.

7 steps to healing if you’ve been cheated on