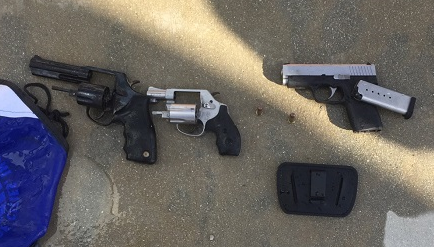 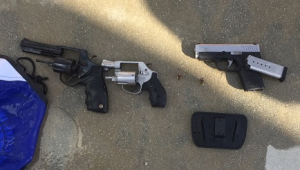 The Bahamian, whose name has not been released, was nabbed with a U.S. citizen by U.S. Border Patrol agents assigned to the West Palm Beach Station.

The pair was initially spotted by the U.S. Coast Guard encountered and a U.S. Border Patrol canine team was dispatched for further inspection.

As the vessel was being boarded, the Bahamian national threw a bag overboard that was later recovered by the Palm Beach Sheriff’s Office dive team and found to contain three handguns.

The Bahamian national was arrested for unlawful possession of a firearm in the U.S.