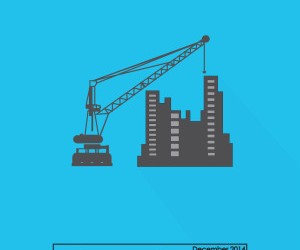 The Cuba Business Outlook, produced by the business intelligence group Global News Matters, reported many opportunities – with investments required in just about every sector.

The report reviewed more than US $2.8 billion of investment opportunities in agriculture, agro-industry, manufacturing, tourism, energy, pharmaceuticals and transportation.

Melissa Marchand, Managing Director of Global News Matters, which produced the investment analysis, reported her team took extra steps to help newcomers unaccustomed to the nature of the communist island nation’s business practices: “We even went as far as to provide the contact information for each of these projects since most of them are under a Mixed Ownership scheme with State Entities.”

Marchand added: “Investment is one of the top focuses of the Cuba Business Outlook report, because it is important to understand what is planned in Cuba, even if it may be considered premature to execute on an investment while US-Cuba policy continues to evolve.”

Furthermore, Marchand asserted: “It is also important for other jurisdictions in the region, competing for investment dollars, to understand the nature of the projects and sectors where Cuba is seeking investment.”

The Cuba Business Outlook estimates the country will need $3 billion in renewable energy investment by 2030 in order to achieve its energy independence targets, which Marchand noted “is not surprising as fossil fuel-based thermal generation currently accounts for 94 percent of energy generation.”

Cuba has more than 11 million consumers, “a market almost the size of Ohio,” which Marchand contended: “Makes it interesting to understand what is the real consumer opportunity.”

Identifying a huge retail potential if the US embargo of the island is lifted, the report pointed to the Havana Consulting Group which estimates that the Diaspora shipped $3.5 billion in goods to Cuba in 2013.

“It would be interesting to see what those figures could look like if the Cubans could actually buy those goods on the local market,” mused Marchand.

In the oil and gas sector, Cuba claims it has 20 billion barrels of oil offshore, while the US Geological Survey estimates the figure could be as low as 5 billion.

The report cautioned, however, that actually finding commercially viable oil has been a challenge, particularly since there are only a few rigs in the world that can comply with the US embargo and actually drill in Cuban waters. However, a new policy landscape could change this.

While the US is just starting to normalize relations after five decades, the Cuba Outlook reported Brazil’s confidence in the future of Cuba’s ports was clear after their national development bank, BNDES, provided more than US $680 million in funding for the Mariel port build-out, to ensure it can receive post-Panamax vessels.

“Most people in North America would be surprised to learn that healthcare exports are the top source of foreign currency for Cuba, even before tourism,” asserted Marchand, “and that the Cuban pharmaceuticals and biotech sectors have been successfully growing their global footprint.”

“The trade embargo of Cuba over the last half a Century has prevented the US investment community from benefiting from up-to-the minute intelligence from this important market,” noted Marchand, “so we are determined to help our investors catch up with the significant developments and huge opportunities on the island.”

The general market sentiment is that there is a lot to learn about Cuba, which is the purpose of this report, she concluded.

The report is available at a deep discount through the Global News Matters website at: https://globalnewsmatters.com/shop/cuba-business-outlook-december-2014.