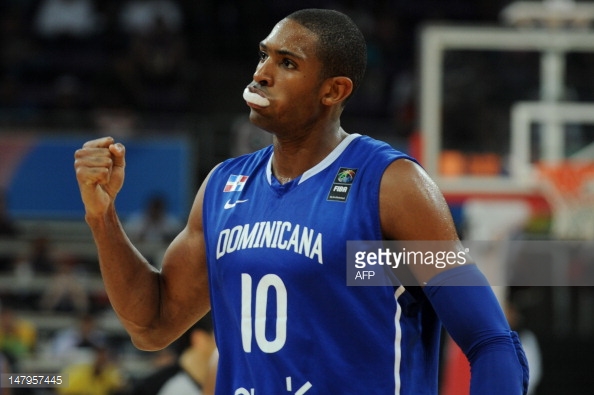 News Americas, NEW YORK, NY, Fri. Feb. 12, 2016: Black sports star, many born in the Americas – Latin America and the Caribbean, continue to make their mark on sports across the U.S. including in the National Basketball Association (NBA) leagues. As the U.S. marks another Black History Month – now into week two – News Americas Now features 10 current black NBA players who you were born in the Americas.

1: Pablo Prigioni: Pablo Prigioni was born in Argentina and currently plays for the Los Angeles Clippers. Prigioni, 38, began his professional career with Ramallo of the Argentine LNB League and by 2001 he had joined the Spanish club Lucentum Alicante. By 2012, Prigioni was signed to a one-year contract by the New York Knicks, making him the oldest NBA rookie in history at 35. On February 19, 2015, Prigioni was traded to the Houston Rockets in exchange for Alexey Shved and on July 20th last year, the Rockets traded  him to the Denver Nuggets. But by August 3, 2015, Prigioni was signed by the Los Angeles Clippers. He is also a member of the Argentine senior men’s national basketball team and played for Argentina at the 2006 FIBA World Championship. His 2015 salary was put at US$981,000.

2. Cristiano Felicio: Cristiano Felicio, 23, was born in Brazil and plays for the Chicago Bulls. Prior to coming to the Bulls, he He played in his home country of Brazil for Minas Tênis Clube and Flamengo. Felício signed with the team on July 12 last year. By December 31 he used the flexible assignment rule and was assigned to the Canton Charge, the D-League affiliate of the Cleveland Cavaliers. However, this January, he was recalled by the Bulls as their Power forward/center. He earns over US$500,000. “We’ve been impressed with Cristiano’s work ethic and potential,” said Chicago Bulls General Manager Gar Forman of Felicio.

3. Anderson Varejao: Anderson França “Wild Thing” Varejão, 33, currently plays with the Cleveland Cavaliers and was born in Brazil. Before coming to the NBA he played in Barcelona. But in 2004, Varejão was selected by the Orlando Magic in the second round of the 2004 NBA draft. However, later that year he was traded to the Cleveland Cavaliers. Varejão helped the Cavaliers reach the 2007 NBA Finals, but they lost to the San Antonio Spurs in four games but in the 2007 off-season Varejão became a restricted free agent, and went on to sign a two-year $11.1 million offer sheet with the Charlotte Bobcats. After the 2008–09 NBA season, Varejao went back to the Cavs. After reaching an agreement on a 6-year contract worth $42.5 million. On October 31, 2014, Varejão signed a multi-year contract extension with the Cavaliers and made his return to action in the Cavaliers’ season opening loss to the Chicago Bulls on October 27, 2015. In 11 minutes off action off the bench, he recorded two points and two rebounds. His salary is currently US$7.7 million annually.

4. Leandro Barbosa: Leandro Mateus “Leandrinho” Barbosa, 33, currently plays for the Golden State Warriors. He started his professional career in Brazil, playing for Tilibra/Bauru and by 2003, was selected by the San Antonio Spurs. However, his rights were acquired by the Suns in a trade for a future protected first-round pick. By 2010, Barbosa was traded to the Toronto Raptors and a year later, during the NBA lockout, he signed with Flamengo Basketball of Brazil. Once the lockout ended, in December 2011, he returned to the Raptors. By On March 15, 2012, Barbosa was traded to the Indiana Pacers but by October, signed with the Boston Celtics. A year later, he was traded to the Washington Wizards. He went on to play for the Suns for two seasons before signing in September 2014 with the Golden State Warriors as a point guard. Barbosa won his first NBA championship with the Warriors after they defeated the Cleveland Cavaliers in the 2015 NBA Finals in six games. On July 13, last year, Barbosa re-signed with the Warriors. He earns a salary of US$2.2 million.

5. Bruno Caboclo: Bruno Correa Fernandes Caboclo plays the small forward position with the Toronto Raptors. He was born in Brazil and started playing basketball for Grêmio Recreativo Barueri, a social club that invites kids from local public schools to play sports, at age 13. He went on to play for Pinheiros of the Novo Basquete Brasil (NBB) for Brazil before being selected with the 20th overall pick in the 2014 NBA draft by the Toronto Raptors. On July 9, 2014, he signed with the Raptors and joined them for the 2014 NBA Summer League. On November 21, 2014, he made his NBA debut against the Milwaukee Bucks. In 12 minutes of action, he recorded 8 points, 1 rebound and 1 block in the 124-83 win. In July 2015, Caboclo re-joined the Raptors for the 2015 NBA Summer League. On September 29, 2015, the Raptors exercised their third-year team option on Caboclo’s rookie scale contract, extending the contract through the 2016–17 season for US$ 1.5 million per year.

6. Lucas Nogueira: Lucas Riva Amarante “Bebê” Nogueira also plays for the Toronto Raptors. The 23-year-old was also born in Brazil. He was selected with the 16th overall pick in the 2013 NBA draft by the Boston Celtics, but was later traded to the Atlanta Hawks. In 2014, his rights were traded to the Toronto Raptors. On September 29, 2015, the Raptors exercised their third-year team option on Nogueira’s rookie scale contract, extending the contract through the 2016–17 season. This center’s salary is US$ 1.8 million.

7. Nene: Nenê is the current power forward with the Washington Wizards. He was born Maybyner Rodney Hilário in Brazil but legally changed his name to Nenê in 2003. Like most Brazilian children, he started out playing soccer and was invited to train with pro clubs at a young age. In the mid-1990s, he started playing basketball at Escola de Basquete Meneghelli and went on to play professionally for Vasco da Gama between 1999 and 2002. In 2001, he became a part of the Brazilian national team and participated in the Goodwill Games. Nenê’s successful three-year stint playing in Brazil earned him an NBA pre-draft camp invitation in Chicago in 2002. He was later selected by the New York Knicks with the seventh overall pick in the 2002 NBA draft, and immediately traded him to the Denver Nuggets. He was the first Brazilian ever to be selected in the first round of the NBA draft. After struggling with injuries in his third season, he was signed with the Nuggets to a six-year, $60 million contract on July 20, 2006 and returned to action in 2006–07, averaging 12.2 points and 7.0 rebounds in 64 games (42 starts). By December 14, 2011, Nenê re-signed with the Nuggets to a five-year, $67 million contract but less than a year later, was traded to the Washington Wizards in a three-way trade involving the Nuggets and the Los Angeles Clippers.  He earns a salary of $US13 million.

8.    Al Horford: Dominican Republic-born Alfred Joel Horford plays for the Atlanta Hawks. He formerly played college basketball for the University of Florida, and was the starting center on the Florida Gators teams that won back-to-back NCAA national championships in 2006 and 2007. On June 28, 2007, he was selected 3rd overall by Atlanta Hawks in the draft. He signed a four-year, $17.53 million rookie-scale contract with the Atlanta Hawks on July 9, 2007.  After a strong season, Horford signed a five-year, $60 million rookie-scale extension with the Hawks. On December 4, he scored 16 points against the Los Angeles Lakers to extend his streak of double-digit games to 22, setting a career-high. On January 9, 2016, he had a season-best game with 33 points, 10 rebounds, 6 assists and 4 blocks in a 120–105 win over the Chicago Bulls. Horford also plays for the Dominican Republic national team. He earns US$12 million a year.

9.  Luis Montero: Luis David Montero is also a Dominican-born professional basketball player who is currently playing for the Portland Trail Blazers. He was considered one of the top JUCO players in the United States while at Westchester Community College in Valhalla, New York. He played college basketball for Westchester Community College in 2013–14 but by the 2014–15 season was cancelled due to transcript issues. In January 2015, he enrolled at South Plains College with the goal of playing for them in 2015–16. However, he declared for the 2015 NBA draft and later joined the Portland Trail Blazers for the 2015 NBA Summer League. On July 11, 2015, the shooting guard signed with the Trail Blazers and made his NBA debut on October 30, 2015. His salary is put at over US$500,000.

10.    Tim Duncan: Timothy “Tim” Theodore Duncan was born in the U.S. Virgin Islands and has played his entire career for the San Antonio Spurs. Widely considered to be the greatest power forward of all-time, he is a five-time NBA champion, two-time NBA MVP, three-time NBA Finals MVP, and NBA Rookie of the Year. He is also a 15-time NBA All-Star and the only player ever to be selected to both the All-NBA and All-Defensive Teams in every one of his first 13 seasons. Off the court, Duncan is known for his quiet and unassuming ways, as well as his active philanthropy. Duncan graduated from college before entering the 1997 NBA draft as the number one pick of the San Antonio Spurs and he has stayed with the team since.

Duncan holds an honor degree in psychology and created the Tim Duncan Foundation to raise general health awareness and fund education and youth sports in various parts of the United States. His annual salary is put at US$10 million but his net worth is put at $150 million.

How Many Vaccines Will The US Give The Caribbean?

Can The West Indies Make History?

US Group Rallies In Support Of UN Vote To End Cuba...