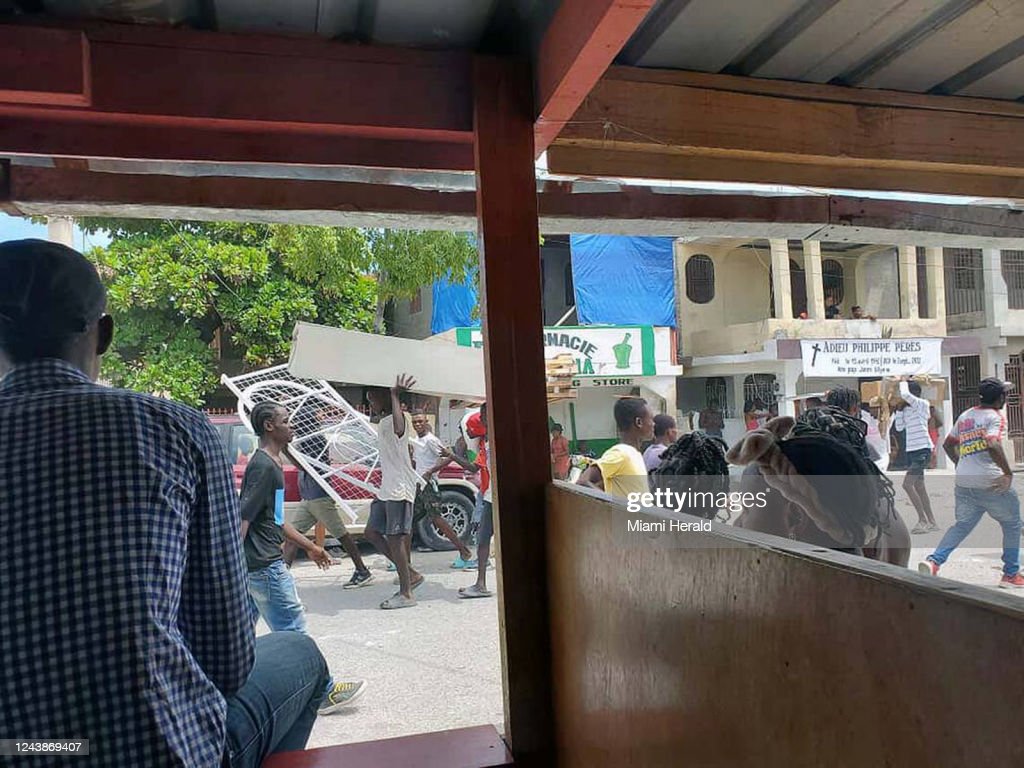 News Americas, NEW YORK, NY, Mon. Oct. 10, 2022: Protests continued in Haiti today in the city of Gonaives, just north of Port-au-Prince as residents looted a small factory and threatened a group of nuns next door.

The continued lawlessness in Haiti comes as UN Secretary General Antonio Guterres on Sunday called for the immediate deployment of a special armed force to the Caribbean nation. The UN had a peacekeeping force in Haiti from 2004-2017 and then pulled out amid reports of sexual scandal by some in its force.

But rising gang violence and chaos since the murder of President Jovenel Moise has seen the call for an intervention again by the UN as police in Haiti are unable to quell the gangs.

On Sunday Haitian activists rallied at the White House to call on the Biden administration to end support for the government of current Haitian Prime Minister Ariel Henry, as the Caribbean nation faces a humanitarian crisis due to gangs blocking the distribution of fuel.

A broadcast of the rally showed several hundred people gathered outside the White House, holding signs bearing Haiti’s flag or with messages including “Let Haitians decide their own future.”

“Many Haitians are convinced that the United States is actively sustaining Henry in power,” said a statement prepared for the rally by U.S. Representative Maxine Waters, who was not present. “The repression in Haiti must stop.”

Haiti’s dire situation has gotten increased attention from around the world in recent weeks as severe fuel shortages have forced many businesses and hospitals to shut their doors, just as health authorities confirmed a surprise cholera outbreak.