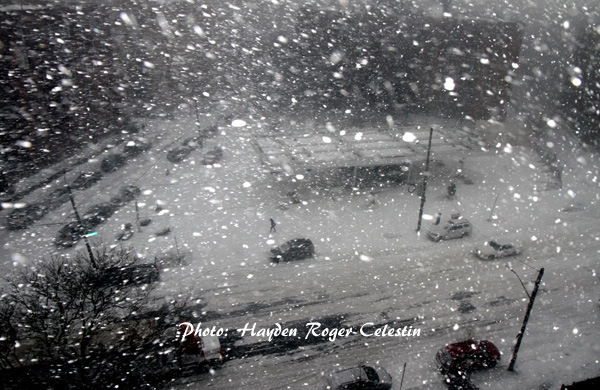 The Jan. 4, 2018 ‘bomb cyclone’ also hit Brooklyn, NY Thursday. This was the scene over South Brooklyn, on Flatbush Ave. at around noon yesterday where it was a white out condition and a state of emergency was declared  for the five boroughs by New York’s Gov. Andrew Cuomo. The snow storm, known as the “bombogenesis,” hit Brooklyn and much of the north east with snow and very strong  winds. The blinding snow, mixed with very high gust of winds, made it very hard for New Yorkers to commute. Winds gusts reached around 44 mph. (Hayden Roger Celestin image)