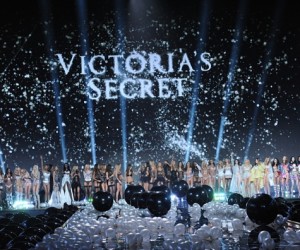 News Americas, LONDON, England, Weds. Dec. 10, 2014: As has become a norm every year just before the Christmas Holidays, the Victoria Secret Show created a buzz with several Brazilian beauties  and a Puerto Rican national again rocking the catwalk with their super hot bodies.

Among them rocking the show again this year were Adriana Lima, born Adriana Francesca Lima in Salvador, Bahia, Brazil, and who has been a model for Victoria’s Secret for 13 years; Alessandra Corine Ambrósio, who was born in Erechim, Rio Grande do Sul, Brazil,  Barbara Fialho who was born in Minas Gerais, Brazil and Lais Ribeiro who was born in Teresina, Piauí, Brazil.

Both Lima and Ambrosio made a stunning double entrance in this year’s Fantasy Bras while Joan Smalls Rodriguez, a Puerto Rican fashion model, who in 2011 became the first Latina model to represent Estée Lauder cosmetics, also rocked the cat walk with a sexy red and multi-colored feathered number.

Ribeiro was flirty with a mutli-colored tribal looking ensemble while American model, Jasmine Tookes who is a stunning blend of Brazilian, African and Barbadain ancestry, owned it with a sexy navy blue panty and bra set and multi-colored wings.

Politics as usual on Cuba and human rights – MiamiHerald.com

Dubai is second most romantic city in the world – gulfnews.com

New Service from San Juan to the British Virgin Islands

The Caribbean’s Finest, Darkest And Blankest Moments Of 2017