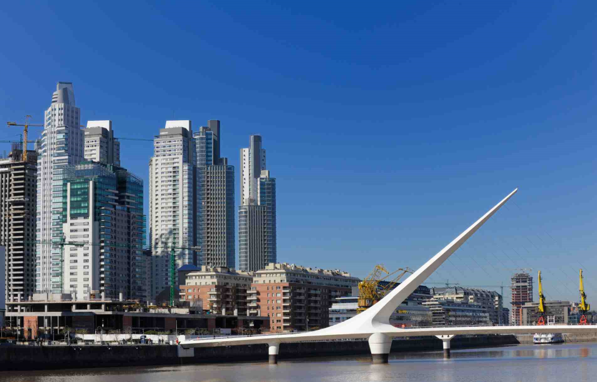 This is because both regions benefit from this type of agreement, for many reasons. These include improved political relations, opportunities for new and emerging companies, easy access to competitive and emerging markets, established exchange of goods and services, a stable business climate and sustainable direct foreign investment.

Since the North American Free Trade Agreement (NAFTA) came into force in 1994, trade between Latin America and Canada has taken place in the following countries, and in conjunction with multi-country alliances:

Canada and Chile entered into a bilateral trade agreement, CCFTA, in 1997, and over the last 23 years, trade has increased considerably between the two countries.

According to the Government of Canada website, since 1997, the bilateral trade of merchandise has quadrupled between the two countries, with stock of Canadian investment into Chile standing at $17.1 billion at the end of 2017.

In addition to this, in 2019, this agreement was also modernised to create an open, inclusive and progressive trading environment. This includes considerations when it comes to gender, as both countries have committed to increasing gender equality, especially when it comes to economic empowerment and participation in trade and investment.

With a strong mining sector in both countries, this is an obvious point of connection between the two countries.

Canada and Argentina have strong bilateral trading ties, which is evident in the fact that this trading relationship was valued at $2 billion in 2018, according to the Government of Canada website.

This bilateral trading partnership is also supported by the Argentine-Canadian Chamber of Commerce, which has been in operation since 1977.

The main exports out of Canada to Argentina include machinery and parts, aerospace products, pharmaceutical products, and electrical/electronic machinery and equipment. When it comes to what Argentina exports to Canada, this includes metals, mostly gold, which is due to Canada’s prominent presence in the Argentine mining industry.

Other exports from Argentina to Canada include wine, fruit, mineral ores and prepared vegetable foodstuffs.

The Canada-Colombia Free Trade Agreement (CCoFTA) came into force in August 2011, and involves the elimination of tariffs, and the equitable treatment of investments for both parties in either country.

Since this agreement was put into effect, trade has increased by 50%, which has allowed Colombia to become the 5th largest recipient of Canadian investment in Latin America and the Caribbean.

In addition to this, according to the Government of Canada website, there are over 100 Canadian companies operating in Colombia. These include companies across industries, including infrastructure, energy, mining, oil & gas, financial services, engineering services, agri-food and education.

Canada and Colombia have also established a Double Taxation Agreement and an Air Transport Agreement.

Costa Rica is Canada’s largest trading partner in Central America. According to the Government of Canada website, bilateral trade between the two countries reached $675 million in 2017.

As with many other Latin American countries, Canada and Costa Rica also have a bilateral trade agreement, CCRFTA, which came into effect in 2002.

Canada and Costa Rica also established an Air Transport Agreement, which came into effect in April 2012. This is relevant considering the fact that there are thousands of Canadians who reside in Costa Rica and who visit regularly.

Canada is an active observer of the Pacific Alliance, which is a regional initiative that aims to streamline the movement of goods and services, as well as capital and people, between member countries.

The founding members of this organisation include Chile, Colombia, Mexico and Peru. Canada’s involvement in this initiative means that the country is able to further strengthen ties with these member countries in Latin America.

Overall, it is clear that Canada has established strong ties with Latin America, which speaks to a long history of diplomatic relations between the different countries. In addition to this, agreements are being constantly refined to reflect the changing priorities of Canada and Latin American countries, as the international trade landscape also changes.

Second Mexican journalist killed in Tijuana in less than a week

Gunna Had Dinner With Kanye West & Julia Fox At Paris...