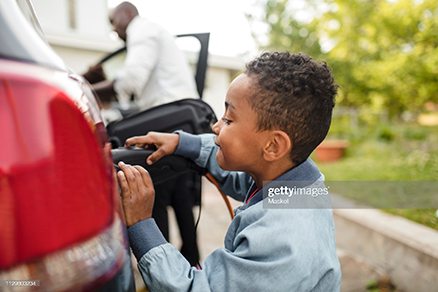 News Americas, NEW YORK, NY, Tues. July 6, 2021: As we all know, electric cars and EVs, in general, are the future of mobility. Over the years, several private car owners have started adopting EVs, especially in North America thanks to companies like Tesla. But, unlike the northern regions, EV adoption is still taking off in the Caribbean.

Currently, most Caribbean countries still rely heavily on fossil fuels to cope with energy demand. But because of this, the economy heavily relies on fuel prices which are susceptible to severe variations from time to time.

Fortunately, if EVs are adopted, a lot of these issues can be avoided. If you’re planning on transitioning to an EV, a car selling website is just about perfect to find the perfect one that suits your needs. But it may not be simple as it seems. One of the biggest issues plaguing modern EVs is charging stations, especially in the Caribbean islands.

Like most countries, transportation is the biggest consumer of fossil fuels and will have the biggest change with EV adoption. Although EVs may be expensive now, prices are decreasing continually over the years and are expected to match their gasoline counterparts as soon as 2025. How the car gets charged is another factor to consider. Thanks to the sunny climate in the Caribbean, solar power is easily usable by integrating solar panels with charging stations.

A recent analysis of the Caribbean market revealed that coupling electric cars with renewable-based electricity will substantially increase savings for the countries. It will also cut greenhouse gases coming from the transportation sector by 75% as soon as 2025.

So now that we’ve discussed both the economic and environmental benefits of EV adoption, especially in the sunny Caribbean islands where solar energy is abundant, the next step is implementing the whole infrastructure. While companies like Tesla are spearheading the EV revolution in North America, shifting close to 200,000 units every year, such a drastic implementation has not started yet in the Caribbean region.

However, the adoption of EVs may not be easy because of issues like range anxiety and the high initial cost. A lot of the general population are still skeptical of the technology and to achieve a complete transition, awareness should be raised regarding the advantages of electric vehicles.

Around the world, most countries also provide certain incentives for electric cars which will reduce the high initial costs. Although this may cause a dent in the government’s revenue for a short while, the cost can easily be earned back in the following years as EV sales rise. Certain programs like raising visitor taxes and more can further help these schemes.

A lot of the Caribbean regions already have a strained electricity grid which cannot possibly handle the load of the upcoming electric car boom. To avoid any issues, the governments should also employ strict guidelines to limit charging and abusing the infrastructure. They can employ methods like time-of-use electricity rates to avoid excessive charging of EVs and reducing the load on the grid. Taxes will also be different compared to conventional cars due to the non-polluting nature of EVs and should be implemented soon to further incentivize the transition process.

Although EVs are seen as the future of mobility, there are certain pitfalls to consider. While a typical electric car doesn’t produce any carbon dioxide or other gases, the batteries will pose a problem in the long run. On such a large scale, most of the market is still unsure about the implications of used-up batteries. Most vehicles reach their end of life by 15 years and soon, this may become overwhelming to the recycling industry if certain steps are not taken to ensure the waste is taken care of.

Unlike normal lead-acid batteries in conventional cars which can be easily recycled, lithium-ion batteries are different. They are a lot larger and heavier than regular batteries, and most of them are made up of hundreds of individual cells which will require a lot of dismantling.

Because lithium-ion tends to explode, they have to be disassembled and recycled with care, requiring specialized equipment and centers equipped to deal with these complicated jobs. While a lot of these batteries can be repurposed for different usage, certain plans have to be drawn up before the EV boom to deal with these issues when they eventually come to light.

While in the US there are several charging stations in modern times with super-fast charging, most Caribbean islands are still developing on that front. On the island of Barbados, EV adoption is booming thanks to a company called Megapower. Established back in 2013, the company has made great strides over the years, establishing charging stations all over the island, most of them utilizing solar energy to increase sustainability.

The company is now planning on bringing its technology to the whole Caribbean region. For faster adoption, the government is helping the market grow and several businesses have already swapped their delivering fleet to EVs.

The company has also developed modular carport systems which are currently being exported throughout the Caribbean region which will harness solar energy, and help reduce the strain on the electricity grid. Currently, the biggest carport in Barbados can park up to 56 vehicles and can even power a large office complex with its solar panels. This type of energy regeneration is particularly useful where rooftop solar panel installation is not possible.

Thanks to over 9 hours of average sunshine every day in the region, solar power is available in abundance and should be used to implement the EV infrastructure, reducing the reliance on fossil fuels to generate electricity. A recent survey showed that over 87 percent of the entire power generation is from imported fossil fuels, showing how dependent the Caribbean region is regarding the same, leaving the economy at the mercy of global fuel prices.

Unlike the US, the Caribbean is made up mostly of small islands which makes it ideal for EV vehicles, not having to worry about long journeys. Even smaller models with less than 100 miles of range will be usable.

Overall, with so many advantages for EV adoption, and companies like Mega power already developing the infrastructure for it, we can expect EVs to become more common on the islands as time goes on. Although the high costs due to import tariffs raise the initial ownership costs, several incentives are being planned to bring it back down. The Caribbean is definitely ready for the EV boom and will benefit a lot from it as more and more people start adopting it.

Government chief of staff fires back