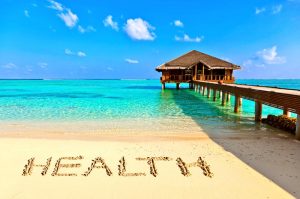 News Americas, NEW YORK, NY, Fri. Dec. 6, 2019: Here are some of the top business and finance news making headlines across the Caribbean this week.

Wondering about the Caribbean nations with the best health care? 7th Heaven Properties Dec. magazine recently listed the top 7 with some of the best clinics and hospitals in the Caribbean. Here goes:

The Caribbean hotel sector is set to be boosted in the new decade ahead.The Grand Cayman Central Planning Authority (CPA) has approved the Mandarin Oriental Grand Cayman Resort. The new luxury resort will be the first five-star hotel built away from Grand Cayman’s Seven Mile Beach, according to the company.

Two Caribbean banks have been named the most outstanding in their respective jurisdictions by internationally renowned financial magazine The Banker. In its Bank Of The Year awards announced on November 29th, the 1st National Bank St. Lucia Limited and Jamaica’s NCB Financial Group were honored.

The winner for Saint Lucia, 1st National Bank was hailed by The Banker for “stellar financial performance and its continuous efforts to grow its customer base.”

Meanwhile, Jamaica’s NCB as hailed for its expansionist vision, having obtained a controlling stake in Trinidad and Tobago’s Guardian Holdings, an insurance, pension and asset management firm with a 21-country network in the English and Dutch Caribbean.

And a new report from the Inter American Development Bank, (IDB), titled ‘ Getting to Net-Zero Emissions: Lessons from Latin America and the Caribbean,’ says that Caribbean and Latin American countries are producing compelling evidence on how to work with stakeholders from government, civil society, academia and the private sector to design long-term strategies that integrate economic, social and decarbonization goals.

The report’s authors say these long-term strategies can also guide the design of more ambitious Nationally Determined Contributions (NDCs) to the Paris Agreement, help governments to anticipate costs and ensure a just transition to net-zero emissions, while identifying the immediate policy reforms and investment priorities necessary to unlock the transformation.

Frontera Energy Corporation has announced it is investing an additional $75 million in major exploration opportunities offshore Guyana and onshore in Ecuador and Colombia which is targeted to deliver production and reserves growth, for the company over the medium-term.

The drilling of two exploration wells offshore Guyana, one well on each of the Demerara and Corentyne blocks, is expected during the third and fourth quarters. The company, along with its joint venture partner, CGX Energy Inc., expects to select drilling locations for each block during the first half of the year. Additionally, during the first half of 2020 the company will be providing a resource report for the two blocks offshore Guyana.

As part of an on-going initiative to grow the Financial Technology sector, the British Virgin Islands is hosting its BVI Digital Economy symposium on December 3rd. The event will connect over 100 stakeholders across private and public sectors such as Price Waterhouse Coopers in the archipelago’s transition to a digital leader. As part of the event, BVI partner LIFElabs.io will present details of the planned digital currency rollout.

The Bermuda Monetary Authority has confirmed that it will not object to BMA-supervised entities conducting cannabis business with a licensed cannabis cultivator, processor or seller so long as the conduct of the cannabis business is legal at all levels within the country in which it is operated. The BMA’s position, issued in a notice, was made clear in response to it receiving an increase in enquiries in respect of licensing to re/insure cannabis related risk and the legalisation of cannabis in Canada, which occurred in October 2018.

What this means for Bermuda is that companies can incorporate here and, subject to the appropriate application and approvals, be supervised by the BMA, and be allowed to re/insure cannabis-related risk in foreign jurisdictions.