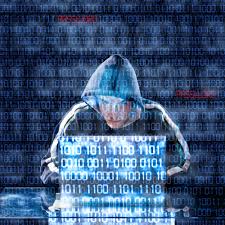 News Americas, NEW YORK, NY, Weds. Nov. 17, 2021: The Caribbean, like the rest of the world, is increasingly reliant upon computing and computer networks. This naturally means that cybercrime has found a home in the region.

Not everywhere in the Caribbean is targeted equally: Puerto Rico is struck by cybercriminals far more than any other Caribbean island according to statistics collated by Statista. This is perhaps due to the connections between Puerto Rico and the United States of America.

Here is a very brief overview of cybercrime in the Caribbean.

Cybercrime in the Caribbean takes many forms and is constantly evolving. There are, however, a few consistent kinds of crime that prevail in this region:

Phishing is less of a specific crime and more of a method of committing crimes. A phishing attack usually takes the form of a fake company email that prompts a user to input their password. Once your details are entered, they can be accessed by cybercriminals.

Ransomware is a kind of malware commonly used to extort money from businesses. Once it has entered a computer network it encrypts sensitive data. A message will then appear claiming that the encrypted data will be returned if a ransom is paid.

Companies in the Caribbean are increasingly reliant upon data analysis and security for their growth. Hackers steal data in order to then sell it on the black market. Customer credit card details, for instance, often find their way onto the dark web via hacks of company databases.

Overwhelming a website with automatically generated visitors can significantly impede and even crash a site. This simultaneously harms a company’s online image and also makes it easier to hack in other ways.

Who Are The Culprits?

For the most part, cybercrime in the Caribbean is carried out for the same reason as it is everywhere else: money. Culprits of small-scale cyber attacks are not usually highly talented and networked groups, but rather individuals with limited knowledge following the advice of others online. Having said this, it is worth noting that there are some sophisticated international cybercrime gangs operating. Perhaps the most famous of these gangs, known as the Lazarus Group, has ties to the government of the Democratic people’s Republic of Korea. Finding out who an attacker is may give experts some clues as to how they can be stopped.

What Is Being Done?

Law enforcement agencies in the Caribbean and around the world are constantly battling against cybercrime. Cybercriminals do not typically respect international borders. Why would they? As such, the response to broad increases in cybercriminal activity needs to be truly international. Businesses and individuals can, to a degree, protect themselves against emerging threats by practicing basic online safety and using programs that detect, contain, and report on any intrusions or attempted malicious software downloads. Cybersecurity must be ensured by educating people to safeguard themselves.

Thankfully, governments are working together in the region. In 2016, a broad cybersecurity and cybercrime action plan was authored at the CARICOM conference.