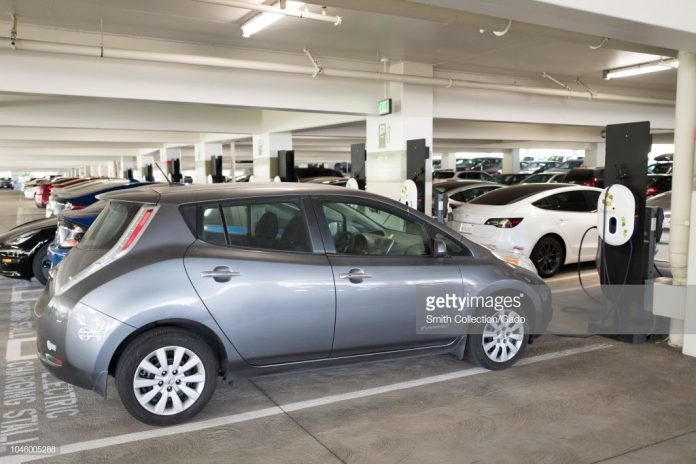 News Americas, NEW YORK, NY, Mon. Aug. 2, 2021: The Caribbean is a region consisting of many islands in the Caribbean Sea and is bordered by the Gulf of Mexico. While this small lesson in geography might not be mandatory for you, for oblivious people, it’s a refresher.  With more than 700 islands, reefs and clays; the Caribbean region is home to 16 countries in total. The Caribbean islands also have one thing in common – sunlight; lots of sunlight. So, that raises a question, why don’t they utilize solar power?

Well, the Caribbean islands are not popular with electric cars, despite their fuel sources being quite scarce. Only Trinidad and Tobago and now Guyana and Suriname, are actually rich in fossil fuel and natural gas. Most of the other countries in the region are dependent on fossil fuel. Yet you will find a wide number of articles expounding the reasons why the Caribbean needs to tap into its untapped renewable energy potential.

So, what is the secret behind this potentially huge well of renewable energy? Well, with fossil fuel being a non-renewable source of energy, we all know that they are not going to last forever. We need to turn to something else. Luckily, we have other sources of energy, some that will never fade away. An example of a renewable source of energy is sunlight. The islands experience sunlight for 217 days a year. Wind is also abundant.

This is why solar, hydro-electric and wind-electric power generation should be common in the region. Solar panels can be installed on rooftops and can be stored for 24×7 usage. There are some islands that experience more rainfall than the others. But even those islands have eight to nine hours per day of sunshine. Islands like Aruba, Curacao, Turks, and Caicos, and Anguilla have fewer rainy days than some average places in America.

Fossil fuels are not only limited, but they are also extremely harmful in the long run, causing global warming and accelerating the greenhouse effect. A study from Oxford and Utrecht found that if the world doesn’t turn away from non-renewable sources of energy by 2035, we would be in for some serious consequences.

However, as promising as it might sound on the outside, it has not been implemented widely inside the countries in the Caribbean yet. As we already mentioned previously, the Caribbean is pretty scarce on its natural fuel resources. As a result, it has to import 87% of its entire fuel demand from outside.

Of course, since it is imported, the costs are way higher. On average, the electricity cost of the Caribbean islands is about 4 times higher than the average US electricity cost. Also, that means that their electricity costs, fuel costs, and all other costs which are related to sources of energy, are entirely dependent on the global oil prices and their GDP also depends on global oil pricing.

Now, that raises a big question – why are they not using electric vehicles? If you think about it, there are tons of reasons for the Caribbean islands need to bring about an electric car revolution. In fact, a company called Megapower was established in 2013 with the aim of creating solar panels, charging stations, and creating and selling electric vehicles. The company is headquartered in Barbados, and they have sold 300 electric cars and established 50 charging stations, according to Reuters. The Caribbean islands have near-perfect geography that seems to have been hand-built for EVs to thrive on.

The first and foremost reason is the terrain and elevation. Most of the habitable areas in which people live are not mountainous or not riddled with rough terrains. There are a ton of islands and most of them are small and have low elevation. Only Cuba and Hispaniola – the DR and Haiti – are larger than 10,000 square miles. Most of the other islands are smaller than 250 square miles. Since the elevation is low and the distances are small as well, this is a perfect scenario for EVs.

EVs have a limited range but most electric cars today offer more than 250 miles of range on a single charge. Also, since the elevation is not crazy, you will get more mileage on the car. Also, as we mentioned previously, the Caribbean islands are an untapped potential for renewable sources of energy.

If they establish solar panels and utilize them, they could easily power their electric vehicle for days, for a fraction of the cost the outside world pays. Transportation charges could be cut down by a huge amount.

But the region has not yet adopted this change and EVs are not very common. Why? Well, popular electric cars have very high import duties in the Caribbean islands. In fact, it could go as high as 100% of the total price on American soil. An EV worth $30,000 could cost $50,000 or more in Barbados. These high import duties are essential money that the government needs, in countries that are not very rich in particular. So, most people cannot even afford EVs.

However, things look to be changing, since the islands are taking bigger steps towards utilizing their geography and their potential. Megapower has seen some decent success and they say that they will be expanding to other countries soon.

Similarly, another company called Cayman Automotive has also started selling electric vehicles. However, they first targeted the smaller market, by selling e-scooters and electric motorcycles. Now, they also have electric cars for sale.

More countries in the Caribbean are installing solar panels. Electric cars could be a game-changer in the Caribbean. They will not only have a positive impact on the environment, but they can also cut down costs and they are not dependent on global oil prices. It’s a win, win for all and it’s time the Caribbean moves quicker towards EVs.

New US ambassador arrives in Brazil amid tensions