News Americas, NEW YORK, NY, Fri. April 6, 2018: Veteran R&B singer Ne-Yo seems to also be going down the dancehall and reggae path so many in the pop world have followed recently. The singer recently released “Push Back,” which sees him delving into the tropical sounds of dancehall and reggae alongside pop disruptor, Bebe Rexha and UK deejay Stefflon Don.

GET PUSH BACK NOW

The song will be part of his new album, Good Man, due out on June 8th from Motown Records and his own Compound Entertainment. It’s riddim and lyrics are designed to inspire people to hit the dancefloor and twist their hips to the music.

“Push back when I jump behind it,” Ne-Yo sings. “Baby, let me know you like it / Tonight, let’s give them something to see.”

Here’s what Ne-Yo tweeted about the song Wednesday:

You ready for the #PushBack music video, featuring the lovely @BebeRexha and @StefflonDon?! Here’s a little taste of what’s to come on @vevo..?#GoodManSeason https://t.co/MOeANF8OrZ pic.twitter.com/zMZBDXzYSn

Bebe does just that with the second verse. “My booty amazing,” she sings. “Come on, baby, chase it / Back to the floor, give us space.”

Meanwhile, Stefflon adds some dancehall flavor, rapping, “Push it back when me jump on the ting.” 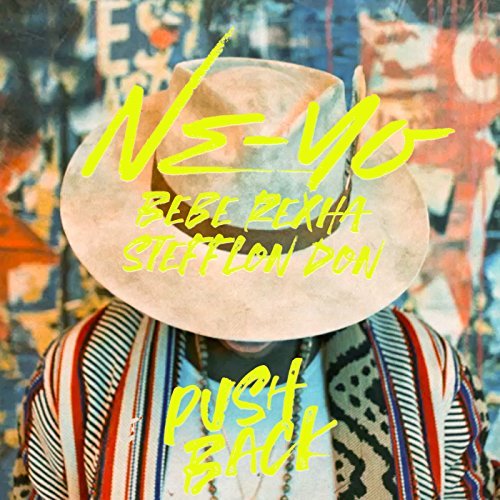 “I love a woman who knows how to move. I love a woman that has her own self, her own heart, and mind. She’s comfortable with her body,” Ne-Yo explains, when describing “Push Back’s” muses. “And when her song comes on, she’s gonna get up and move. She’s gonna show you just how confident and comfortable she is.”

Bebe Rexha has been making a name for herself in the industry for the past few years. Not only has she been featured on hits like G-Eazy’s “Me, Myself & I,” David Guetta’s “Hey Mama;” but she’s been an accomplished songwriter, too. She’s written smashes like Eminem and Rihanna single “The Monster,” as well as other songs for Nick Jonas, Selena Gomez, Tinashe, Iggy Azalea and more.

As for the British-Jamaican queen, Stefflon Don, she’s become a force to be reckoned with from the moment she stepped on the scene. She released her first EP called Hurtin’ Me just back in January. Also, stars like Demi Lovato, French Montana, Big Sean, Jeremih and more have reached out to her to collaborate with them. Future even invited the recording artist to open for him at his during the European leg of his Hndrxx Tour.