Long’s character is supposed to shake things up on set, considering she comes from a Secret Service background, Deadline reports. While Mosley seems pretty complex, it shouldn’t be a problem for Long, since the role was reportedly tailor-made for her. In the past year, Long has held recurring on shows such as Fox’s Empire. She guest starred alongside Taraji P. Henson and Terrance Howard as Giuliana Green. She’s also starred in Netflix’s original series Dear White People and Amazon’s Hand of God.

The ninth season of NCIS: Los Angeles premieres on CBS on Oct. 1.

Carnival returns to Toronto this weekend as the event, once known as Caribana, turns 50. Thousands are expected to be part of the grand parade tomorrow, Saturday August 5th at Exhibition Place, 100 Princes’ Blvd. and along Lake Shore Boulevard. But a number of parties are also happening across the city, including Drake’s OVO Fest, JERK at Velvet Underground (508 Queen West) tonight, August 4, Canjam Festival at Mississauga’s Lakeside Park on August 5th as well as Majah Hype’s Caribana Comedy Showat Queen Elizabeth Theatre (190 Princes’ Blvd) on August 6.

Barbados’ Grand Kadooment or end of the Crop Over Festival street carnival and parade is set for August 7th in St. Michael while carnival in Antigua concludes on August 8th with the Parade of the Bands in the capital, St. John’s.

King Of The Dancehall Is Out

King of the Dancehall is out. The film, which was directed, produced, written and starred in by Nick Cannon, is now available exclusively through YouTube Red on Russell Simmons’s All Def Digital channel.

It follows his character Tarzan on his journey from Jamaica in an effort to start a new chapter in his life and support his mother played by Whoopi Goldberg. The film also features Busta Rhymes, Louis Gossett Jr., Kreesha Turner and newcomer Kimberly Patterson.

Centered around dancehall music and the “gangster by day, dancer by night” mentality, the film provides a unique look into the culture of Jamaican dancehall.

The track, which has been remixed to feature the X Factor winner for its UK release, tops the list of singles making a big impact this week, based on movement up the Official Singles Chart. 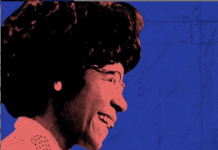